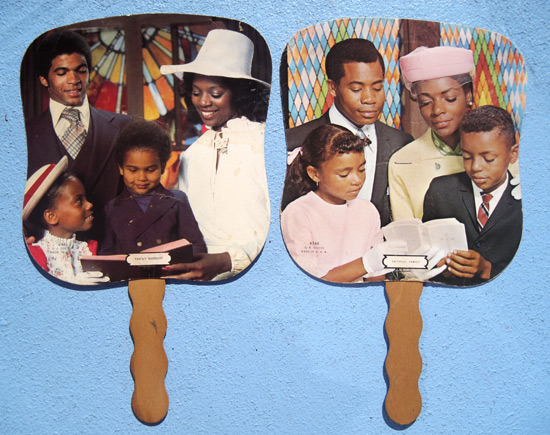 I’ll be waving one of these  all day and night today as these are the final two performances of the First National Tour of my musical, The Color Purple. The  whole 4-1/2 years I was writing this with Brenda Russell and Stephen Bray we waved these church fans and others from my collection of 60 from the 1950’s and ’60’s daily. I’ve been stuck on songs before but being stuck on a song for a musical when one has to consider way more then the singer or the content of the song like the plot, which we were writing at the same time as the songs, the dialogue, whether something should be musicalized or spoken, is there dancing to it or not, does the wig guy have enough time to make the wig changes, on and ever-increasingly on…, let me tell you the sweat pours down and these church fans, totally organic to what we were writing other than a couple decades too late, came in mighty handy.

As a passionate collector, I love things to be very organic. In its simplest form, if you find a poster for an album you need to collect the album and anything else related to that group of recording sessions. I had collected my church fans for years but I never had more organic moments then when Alice Walker, the Pulitzer prize-winning author of The Color Purple novel, would fly into LA  every few months to listen to our progress and curl up in a fetal position in my Chromcraft purple lounger, close her eyes and listen to the new songs, smiling as wide as a mile while waving one of the fans, a different one each time, of course.

Today I wave my final two fans, one at the matinee and one at the evening performance. I’ll say goodbye to Fantasia who made an absolutely and insanely stellar Celie (along with LaChanze, Jeanette Bayardelle and our other wonderful Celies along the way since we opened on Broadway in 2005).  I’ll say goodbye to the rest of our glorious cast, many of whom are from the original Broadway cast, not the least of which is Felicia P. Fields aka Sofia, the first actor we cast in 2003. Rumor has it that tons of actors from the original cast are showing up tonight and will be in the final show along with the tour cast. If both of my hands aren’t gripping Kleenex this is the fan I’ll be waving. One last time… 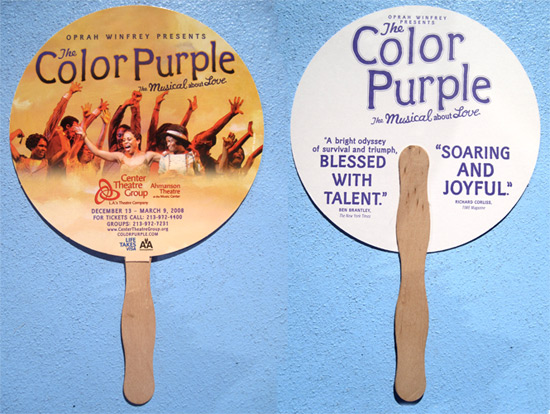 … until the second national tour begins in two weeks. That will be a total surprise as I’ve never seen the production or met any of the cast. But I’ll be sure to have my fans in tow when I do. 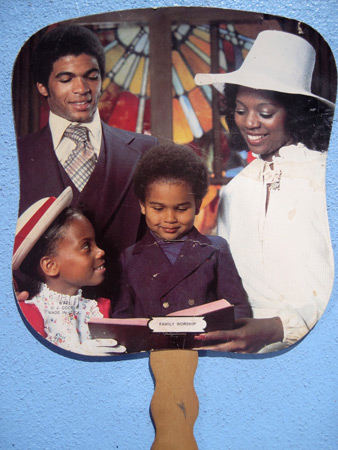 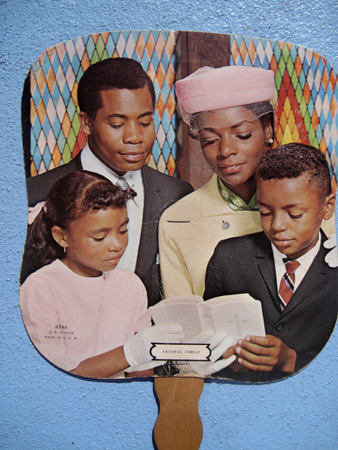 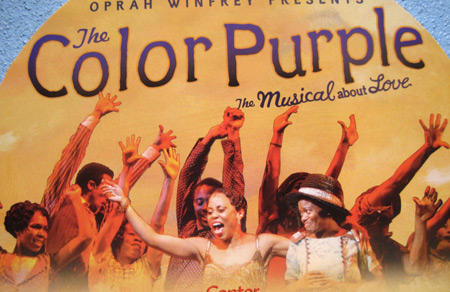