I know. It’s been pathetically long since my last update. This is not due to inactivity! We’ve been having 12 hour days here at Willis Wonderland since January and STILL haven’t quite gotten through all the footage and recording tracks, close to 3000 hours and 5000 tracks respectively, for “The D” record and multiple music videos, and Allee Willis Loves Detroit our feature-length hybrid documentary. Not that this has been driving us crazy or to drink. 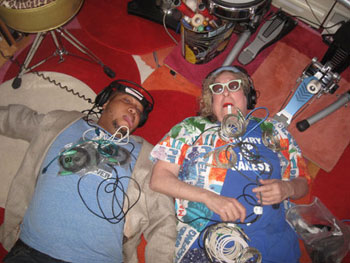 There are a lot of D deputies in the way of engineers, editors, and assorted characters here every day: 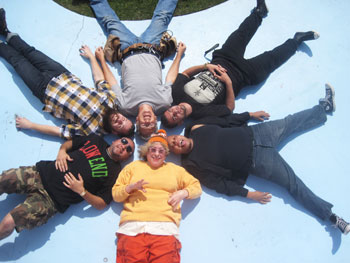 I know it might seem like we do a lot of lying around but this rarely occurs unless eyeballs start rolling in the back of our heads after working 16 straight hours looking at 743 takes of various groups singing the same line. Two of these folks in the above photo are gone already. We hate to lose them, well one of them at least, but when one is paying such a high salary, as close to zero dollars as humanly possible due to our expansive budget known as my pocket, these things are inevitable. 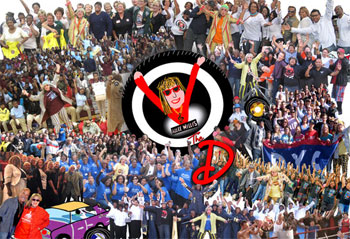 Challenges have abounded. Like having to replace my hundred terabyte server in the middle of editing and mixing so that master files are scattered around on a trillion different drives and computers as opposed to one central location while the switchover happens. So this includes helpful things like servers constantly going down or computers not being able to talk to each other, watching files getting eaten up before your eyes, overwriting files, and all the other joys that come with working in a part-time dysfunctional digital environment. 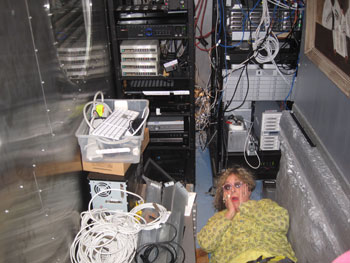 And then there was the hideous discovery that due to brain slippage of a certain IT person (no longer) working here nothing had been backed up since February and we lost at least a month’s worth of footage of us figuring out how to jam thousands of voices and instruments into one record so everyone’s heard. Not to mention the fits of hysteria incurred after looking at blurry key footage and figuring out how to work around it. This had me in a such a comatose state I had to shoot Vernor’s, Detroit’s beverage of choice, into my veins to keep me from slipping into a coma. 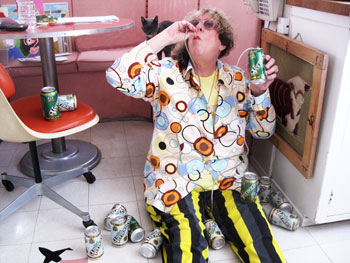 But the trauma has always been tamed by the joy of working on such a unique project. Sometimes we have even have FRIENDS drop in to bring us matzoh ball soup, cupcakes, and other modes of sustenance to remind us we have a life on the outside. 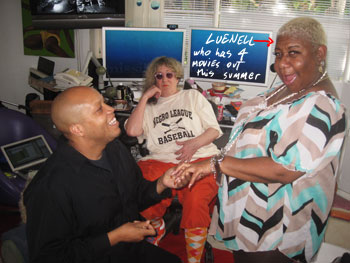 And now traveling for “The D” crew kicks up again. I will be spending one week out of each of the next four months in the Motor City, this month to attend my 107th high school reunion! 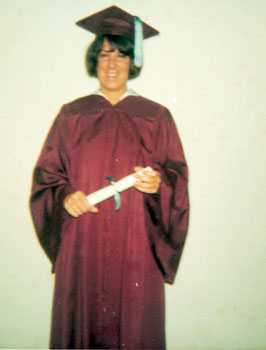 Then I return two weeks later in August to give a speech on Creativity And Detroit at the Crooked Tree Arts Center in Petoskey, four hours from the city and where my parents bought their very first first house. Then I’m elated to report that on September 21 (yes, the “BaDeYa, say do you remember” 21st of September!) I will be performing LIVE in Detroit at the historic United Sound, the recording studio where the very first Motown records were made and still a vital part of Detroit music history. And then again at the end of October when the musical I co-wrote, The Color Purple, comes back to the D for the fourth time, this time starring Dreamgirl Jennifer Holliday, who I wrote for many a year ago and haven’t seen since, making for a Dream D reunion! All these extravaganzas will be filmed and recorded for “The D” and Allee Willis Loves Detroit.
So as we cut and paste, chop, mix, curse, cry, hug and exhibit all the various kinds of behavior that come with undertaking a task of this girth I thank all of you who have donated or contributed your services thus far. It’s not too late to donate!! We will do you proud!

Sorry, sorry, sorry for no new entries in an eternity. I’m working around several clocks and all the energy that used to be poured into this blog has to now go into slogging through the close to 5000 vocal tracks and 3000 hours of footage so that I can complete “The D”/ Allee Willis Loves Detroit before my 100th birthday. Although joyous work for a completely worthy cause – DETROIT! – it all makes me very tired, especially when the 100 Terrabye server goes down and makes my collaborator, Andrae Alexander, and I experience death by technology. 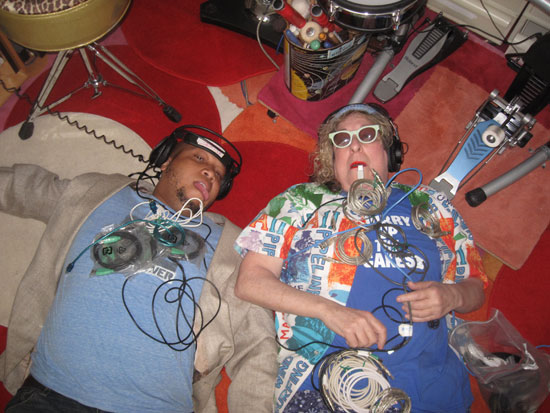 So I am putting a convenient little button to transport you to Facebook where I now say in relatively few characters what I used to put into my often novel-like blog. That way you can experience at least some of my day, though I am far from the type whose fingers are constantly tapping the keys to tell everyone what I’m up to.

I’ve been online since 1991. I came up with the concept of a social network in 1992. I’m not someone who blogs because you have to blog or tweets because you have to tweet or puts incessant photos of my food and footwear on Instagram. I have always lived by the rule that my creative flow was a little garden that I had to nurture. So please enjoy the flowers at the above link and I shall be back to blog when time, the gods and my overstuffed brain allow it. 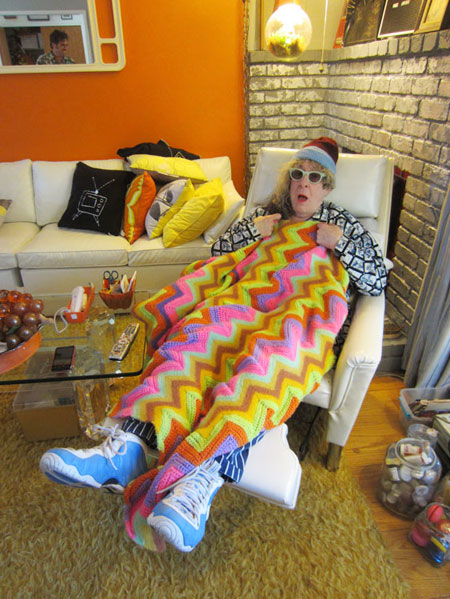