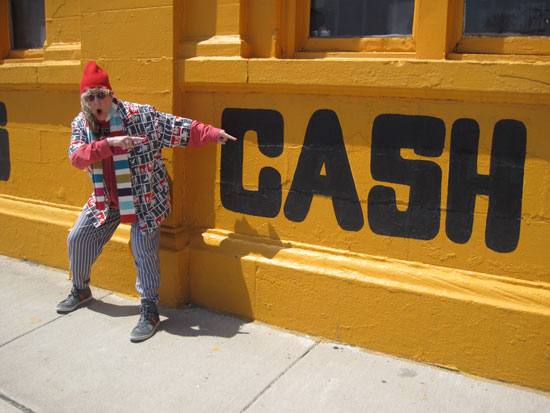 .
As I sit here with LESS THAN FOUR DAYS LEFT for this fundraising campaign for “The D”,  I can’t help but think about all the amazing things that have come out of it so far and how great it’s going to be when I go back to Detroit to do my passion project of recording the official unofficial theme song of the city with thousands of Detroiters throughout the month of  “September”.
.
The outpouring of love and support from hundreds of you so far lets me know how many of my friends have my back. .
But I’d have more confidence I could pull this off with ADDITIONAL DONATIONS. I’ve worked on this for over a year and a half already, making decisions like holding off on performing so the money could stream to “The D”. But it’s obvious I cant pull off something this ambitious alone. And it’s not  the kind of project I’d want to pull off alone. It’s all about the power of community and friendships and how that ignites spirit. 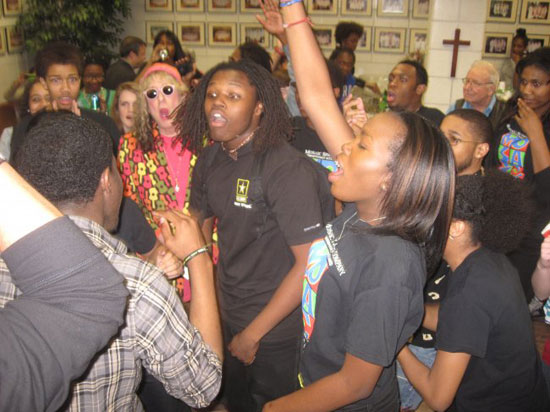 .
When left to my own devices my songs have always been about if your life isn’t working get yourself up and MAKE A CHANGE. “I’m just burning doing the Neutron Dance” means if the world explodes tomorrow I will at least have lived the life I want to live.” 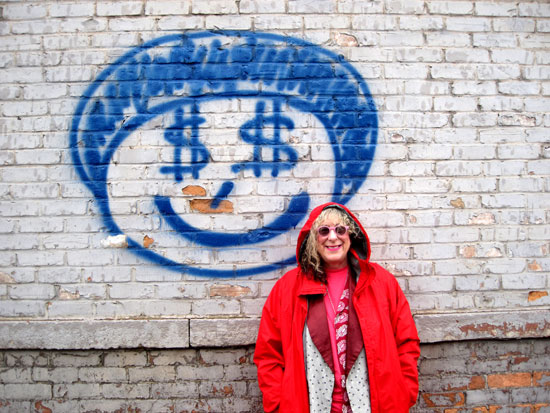 .
I relate to Detroit not just because it’s my hometown but because my entire career has been a series of starting overs, exactly what Detroit is faced with now. So I know the only way up is to not be afraid of going there and putting your imagination in the driver’s seat.  From there on it’s sheer nerve and chutzpah and that’s what’s very much alive and well in Detroit.  And why it’s so uplifting to go there. And why I know I will get the most spirited performance on earth out of these Motown babies no matter how I pull it off. 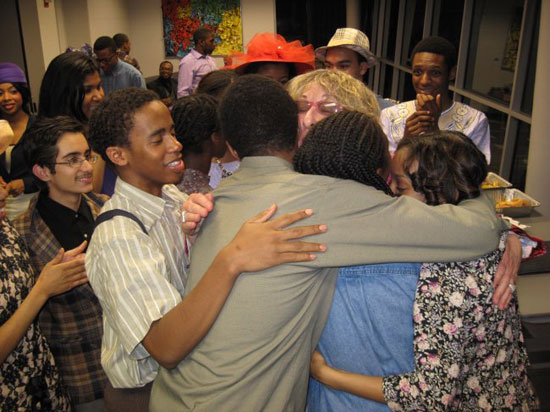 .
Ultimately, Detroit will not only have a theme song, and videos and documentary commemorating it, but this is a way for all profits in perpituity to go to two Detroit art gems, The Heidelberg Project and Mosaic Youth Theater. 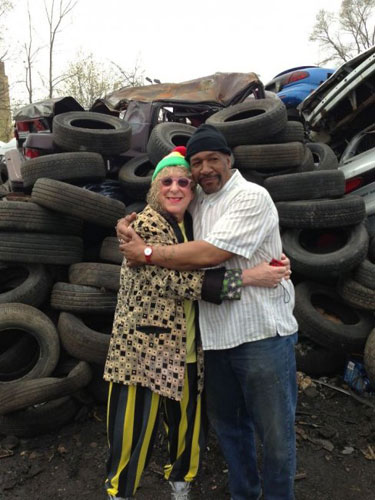 .
Thanks to places in Detroit that have opened their doors to me like The Whitney – an elegant restaurant in the oldest house in Detroit on the first paved road in the world – and Vinsetta Garage –  a killer food joint in what was the baddest hot rod garage in the city of cars –  both of whom are hosting fundraisers  for “The D” when I go back to Detroit in a couple of weeks.
This kind of generosity abounds in Detroit. And that generosity and spirit pushes me to ask you once again to please support me and “The D”. Even $5 is a vote of confidence that keeps me going (not that hundreds don’t help!). 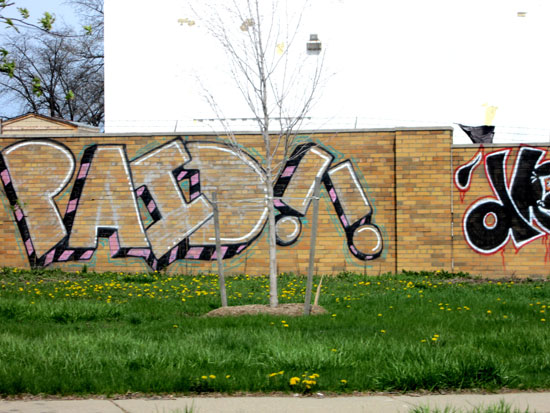 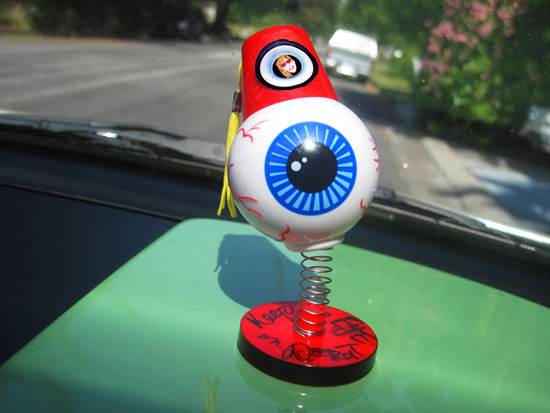 It’s no secret to anyone within miles of  my mouth that constantly babbles on about it that I love my hometown of Detroit, the city that gets more bad raps than an unpopular war, deadly criminals, and oil spills put together. If one had unprejudiced EYEballs to look through they would see the same beautiful and spirited city that I see, the one whose people – perhaps not those who fled to the lighter color suburbs  –  still believe in and wake up with the soul that Motown pumped into their veins still cursing through their bodies to make things better. Some of that stuff musta stuck personally to me as I seem to have become in my old age the cheerleader I always wanted to become in my young age, though now for the whole city as opposed to just the Mumford Mustangs, whose colors I bore at my graduation oh so many years ago. As most of you reading this know I’m heading back to Detroit the entire month of September, a month I helped popularize in song!,  to conduct daily sing-alongs in order to record, “The D”,  the new theme song for the new Detroit I wrote with Andrae Alexander and to simultaneously film near round-the-clock in order to make multitudinous videos and an accompanying D documentary.

Raising money to do this, or for anything in my career, has been my least favorite part of being an artist. I hate dealing with money. That’s not why I make art/music/videos/web worlds/etc. It’s antithetical to this pure artists’ brain and being to ask for money. But as an artist who 90% of the time has funded themselves, and as a songwriter who has watched my own and others’ work get essentially cast into the public domain, operating under the digital assumption that songwriters no longer deserve compensation, unless there’s some gold or green in the bank ain’t no nothin gon happen no mo. 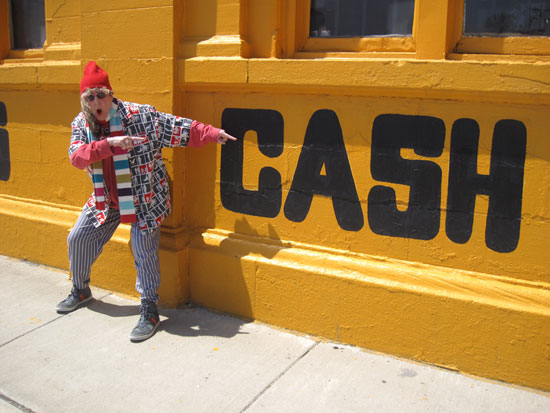 So I launched an Indiegogo campaign to raise the money for “The D”. But I’ve been pretty shy about confronting the bane of my career – asking people for money so I can put some gas in The D tank and actually pull off what most artists would want 1,000,000+ clams to do – spend a month getting every single person in Detroit who wants to be on the record or perform in the video/film to do exactly that. And I’m prepared to do it with scotch tape and string, the usual way I’ve have to execute my career, walking the money gutted path of pennies, stripping down the grand vision that I see in my head to the thinner version my pocketbook can afford. The good news about this is that without those limitations I doubt I ever would have stumbled onto the KITSCH style I’m known for in all areas of my art –  other than my music, which remains on its Grammy high. And for this I thank those who have been either too cheap or ball-less or working at entertainment conglomerates to support me just to sit back and watch from behind the fence while I hit the home runs for those who HAVE pulled their checkbooks out. 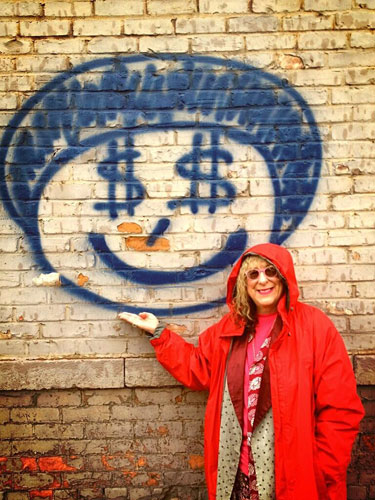 All of this rambling to say, THIS WEEK ONLY, if you donate at least $15 to “The D” you’ll automatically be entered into the raffle to win one of an excessively limited edition of personally-autographed-by-me “Keep Your EYE on Detroit!” dashboard EYEballs in addition to all the other perks associated with the amount you contribute! Thank you, Archie McPhee, for the generous donation of these ocular wigglers. This nifty EYEball shaker will not only liven up your car dashboard but will be a constant bouncing reminder that you’ve put your money where the underdog is and be a part of calling attention to a true American city that’s reinventing itself very much in the spirit that the United States itself was created. Forge into new territory and do it for yourself. Detroiters have no government to rely on, hell even the mayor quit, so people there are just rolling up their sleeves and executing ideas that they wouldn’t have the balls to even think of let alone build in other cities. 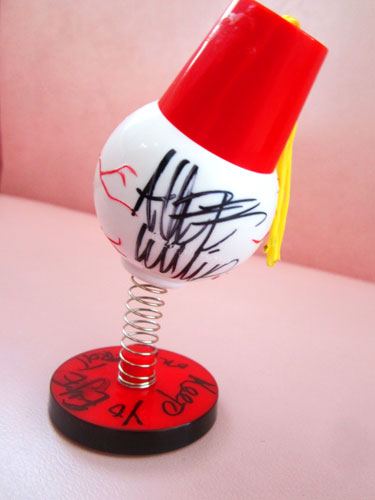 I’ve long said that the times that I’ve been perceived as hot in my career aren’t actually when I’m hot. It’s in the valleys when you think nothing is happening and no one’s paying attention to you because  they think you’re over when you do the work that shoots you to the top of the mountain in your so-called “hot” periods. That’s what it’s like in Detroit now, the Wild (mid)West, the city that slid first and watched all the others fall in their arrogance of “that couldn’t happen here”, and the first city to embrace, at least from the inside, that radical change isn’t re-building, it’s re-imagining and re-inventing. 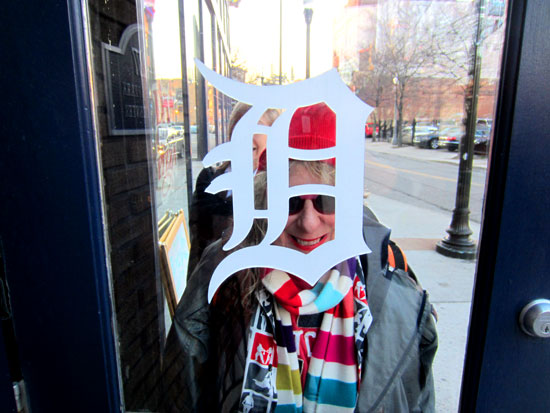 You can feast your real EYEballs here where I’ve just posted gaggles of photos from my trip to Detroit in April. Then try to get your real plastic EYEball here by helping me pull off this insanely massive project I have in my head to do in Detroit this September. If one just keeps their EYEs pointed toward the ground and walks the same path one’s always walked you get the same life you’ve always had. But if one keeps their EYE on Detroit, you’ll see the path changing, leading to a very bright light in the future. Please be among those who help me shine that light! http://igg.me/at/WeSingTheD EYE will appreciate it forever!