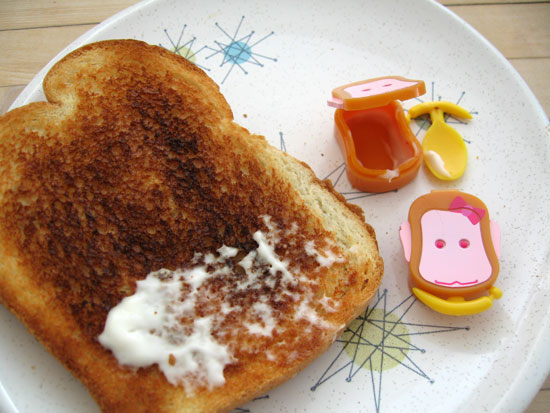 This is one of the craziest and most spectacular products I’ve ever seen. It’s a Mayonnaise Case, made in Japan. You flip the little monkey head up by lifting the banana latch which is actually a little spoon to scoop and spread your mayonnaise with once opened. I’ve never heard of anyone carrying around mayonnaise, not to mention that a thimble would hold more than this case does, so I’m not sure what good spreading a dime sized dollop of mayo is going to do anyone anyway.  And I sure wouldn’t want it living in the bottom of my purse for a week, where it’s certain to fall because of its diminutive size. 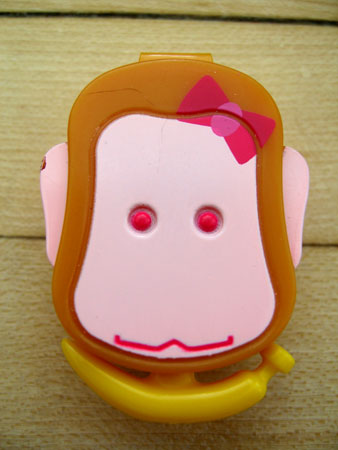 Some people get freaked out by mayonnaise. I love it. It’s the glue that holds so many sandwiches together. 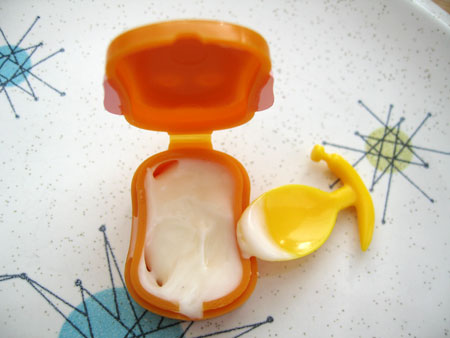 I know know that many of us here in America eat like pigs but honestly, the amount of mayonnaise contained within covers maybe too dainty bites. Thankfully, the package holds two mayonnaise cases. 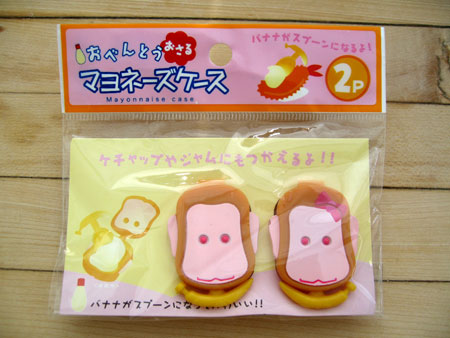 Lucky for us who are less familiar with mayonnaise cases, the manufacturer, Daiso industry, includes handy instructions though I personally could use some instructions for the instructions. 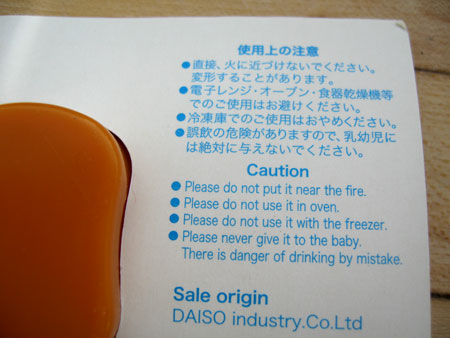 I get not putting it near a fire or not using it in the oven but I wouldn’t even know how to use it “with” the freezer.  I perhaps might be tempted to use it “in” the freezer, though frozen mayonnaise has never appealed to me. And common sense tells me I would “never give it to the baby” though I would think that the danger would be the baby trying to eat it by mistake as opposed to “drinking by mistake”.

In a few days, I fly to Madison, Wisconsin to conduct the marching band at my alma mater, the University of Wisconsin, when they play several of my songs at the Homecoming football game. I always take some food along when I travel and that usually includes a sandwich or two. I must admit that sometimes I sink my choppers into a tuna fish sandwich and think, “Gee, I wish I had more mayonnaise”.  So I think these two little monkeys might just accompany me to see the UW Badgers. Of course, the big food in Madison is is bratwurst, sometimes referred to as “Wisconsin Soul Food”. I don’t suppose that spreading a little white stuff on them will diminish any of the funkiness. 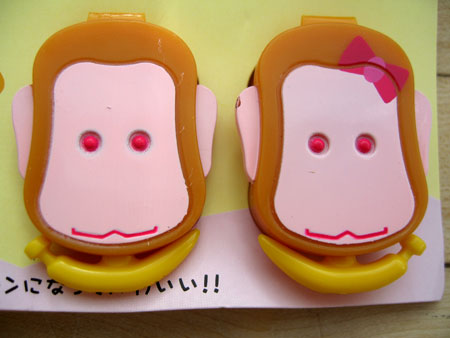