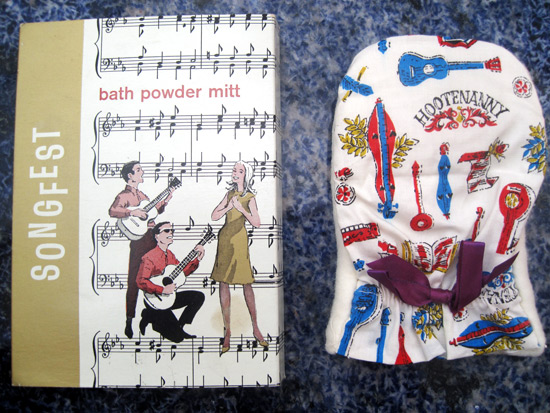 This thing kills me. Not only does it still reek of the scent of the powder that was pumped into it five decades ago but it exemplifies a common marketing tactic taken by some of the most brilliantly kitschy products when a staunchly middle of the road company attempts to be hip and takes on a pop culture trend. In this case, it’s The Fuller Brush Company attempting to cash in on the folk singing craze of the early 1960s by covering a bath mit in fabric that looks like something that would have been stretched over the armrest of an Ethan Allan Early Americana couch. 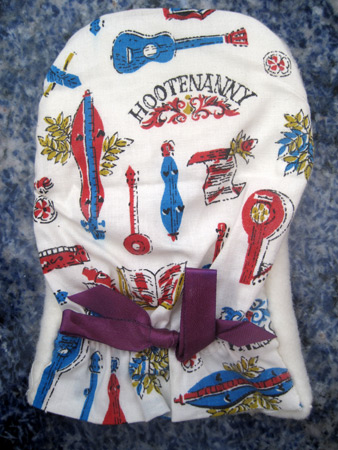 I don’t even know what half of the instruments are let alone what a Declaration of Independence type scroll, leaves or half of the other icons on this have to do with Bob Dylan, Peter, Paul & Mary or anyone else who  inspired teenagers and young adults to buy acoustic guitars, don turtlenecks and rip into a chorus of “If I Had A Hammer”.

The box is as brilliant as the mitt. I love the backdrop of musical notes, although I have no idea what the melody is as despite the copious number of hit songs I’ve written I don’t know how to read music. But that story’s for another time. What’s important here is the illustration of a pert and sunny sorority looking girl who’s more apt to be dancing in front of her TV with American Bandstand on than attending a Hootenanny while she’s being serenaded by the Ray-Ban man and  someone else whose pants are way too short. 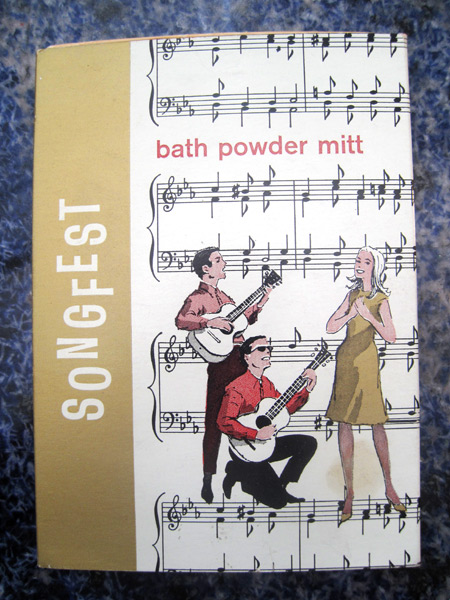 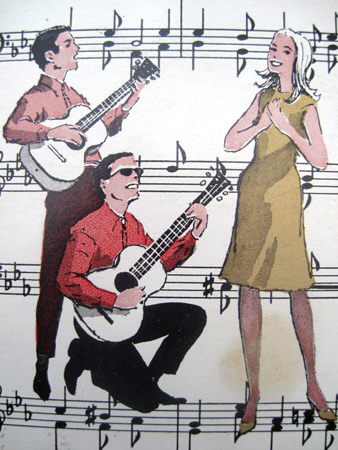