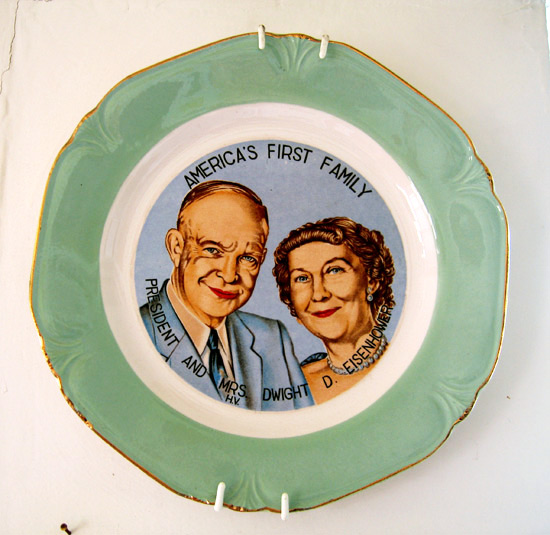 I’m not really a collector of vintage presidential plates. The only other ones I have, a few Jack and Jackie Kennedy ones, crept in more because of hairdos and fashion sense than for their stature as the First Couple of the United States. But every Eisenhower plate I’ve ever stumbled across has some tragic art department flaw.  Like no one ever approved the plates once they were finished or there’s no way they could have escaped the fact that something was always magnificently wrong with the skin color of the couple who occupied the White House right before the Kennedys, Dwight and Mamie Eisenhower, President and First Lady of the United States from 1952 to 59.  Here they look like corpses: 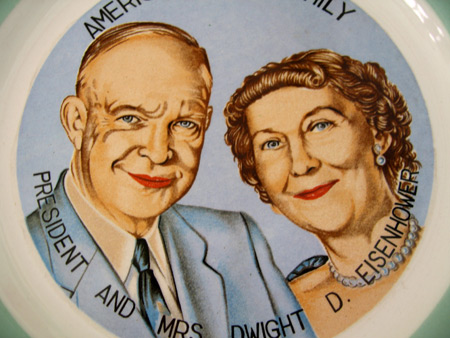 A slight adjustment on color and at least it wouldn’t look like the Eisenhower’s had butter and pancake syrup running through their veins as opposed to real blood that would have forced a more natural skin tone.

Here it almost looks as if the Eisenhower’s race has changed: 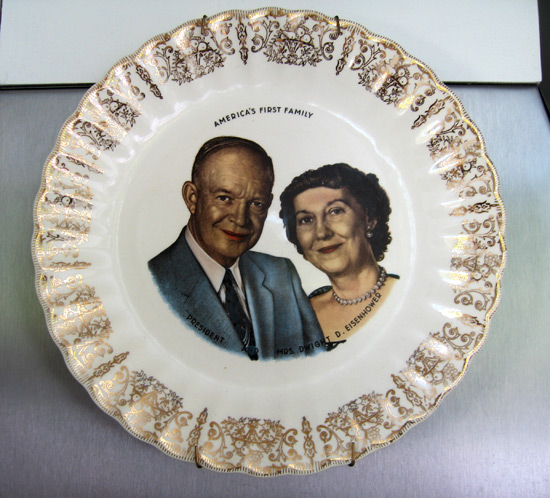 Upon closer look, it looks like  the art director matched the skin texture of a potato rather than a human being: 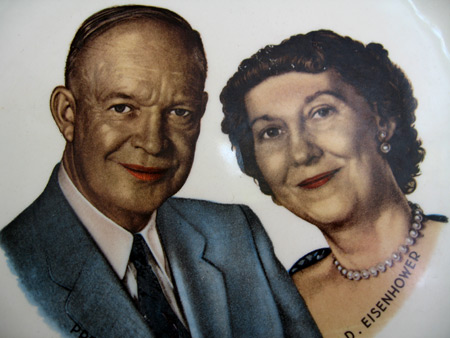 My absolute favorite depiction of the Eisenhowers on ceramic is this plate where it looks like they have grown an extra head: 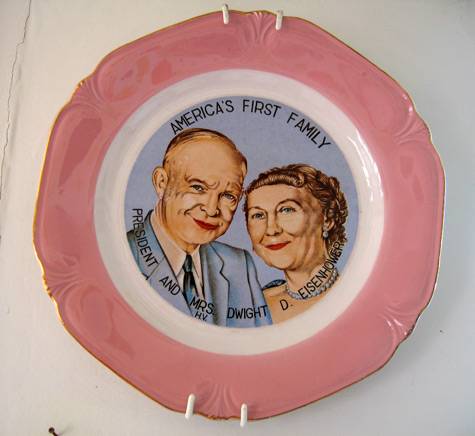 Upon closer  inspection, it looks like a second head was stamped on just as the plate was beginning to move down the assembly line, as if their faces were on little springs and actively popping out of their heads. 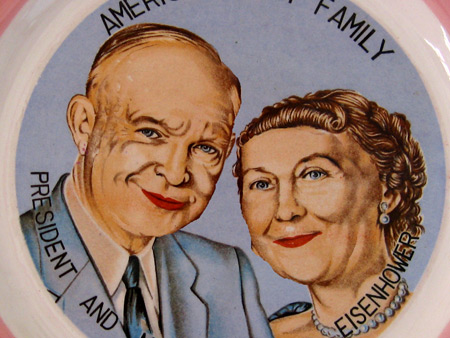 Sometimes you look at a President and you get inspired because you think anyone can become whatever they want if they just dedicate themselves enough. But these Eisenhower presidential plates inspire me in a totally different way. It tells me that even if you’re the President, kitsch can happen to you. But the good news is that, for one, this American citizen has taken much more interest this particular President than she ever would have had his skin been in better condition.