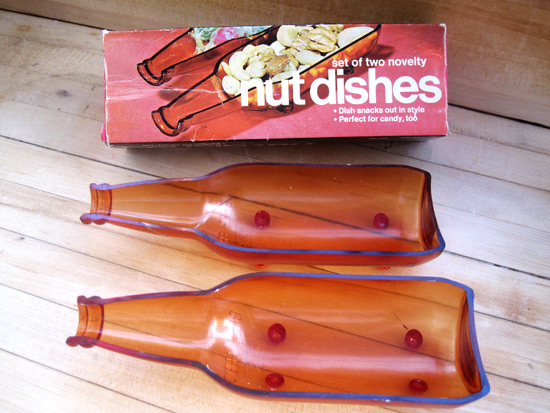 I first got into throwing parties, my favorite thing to do among everything I do, by inviting friends over on Sunday afternoons to watch Bad movies. I was long aware that environment totally influences anything that happens inside of it and the bad films allowed me to ratchet up my collection of Kitsch to enhance viewer experience. Grabbing candy out of a plain white bowl was just that, grabbing candy out of a plain white bowl, but sticking your hand into something like these incredibly cheap sawed-in-half plastic beer bottles acted like Mind Control pulling my guests further into the inane madness of classics like  “Monster from the Surf”, “The Lonely Lady”, “Attack of the Mushroom People”, “Black Shampoo”, “Plan Nine from Outer Space”, “Puma Man” and other Academy-Award-worthy nominees for Worst Film Ever in my never-ending collection of cinematic clunkers.

There are several things that set these ‘novelty nut dishes’ apart as outstanding artifacts of Kitsch. 1) They’re so incredibly cheaply made that they crack as soon as you breathe on them: 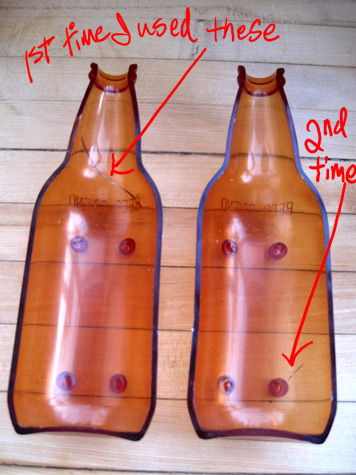 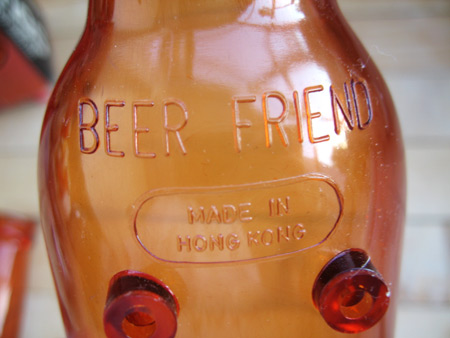 … though the name “Beer Friend” appears nowhere on the box: 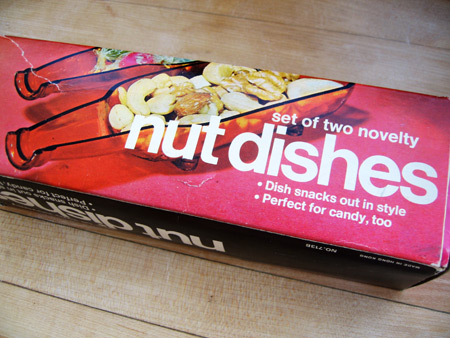 3) The realllllly cheap, mushy, squishy cardboard box with its 4) tag line, “Perfect for candy, too”, with a misplaced comma not to mention the aforementioned 2) absolutely no mention of “Beer Friend” despite it being embossed in big letters on the back of the “bottles”. 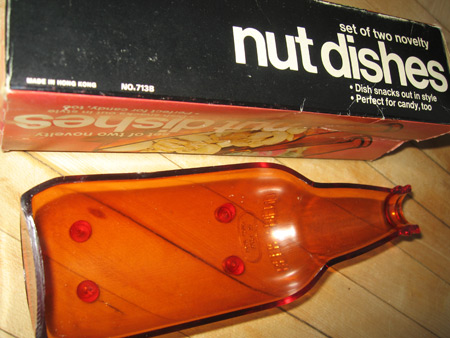 If you’re not doing anything  when you read this grab some nuts and a cold beer (neither of which are particular favorites of mine) and watch one of the above mentioned movies. Your day will improve immensely.