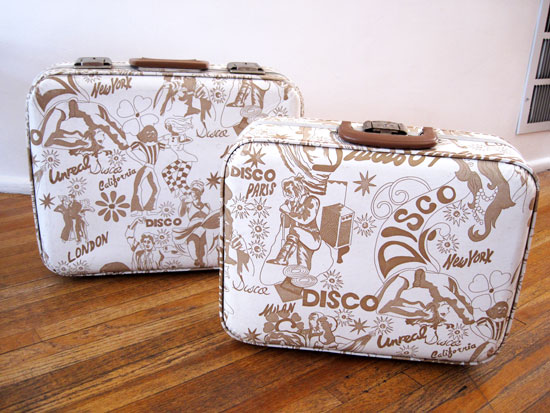 I’m supposed to be traveling today but won’t know if I’m going until a couple hours before the flight due to complications on my collaborator’s side. I’m not the world’s most eager traveler to begin with but having a suitcase that makes me smile every time I look at it sure helps if one is of the nature that their traveling psyche can be affected by aesthetics. 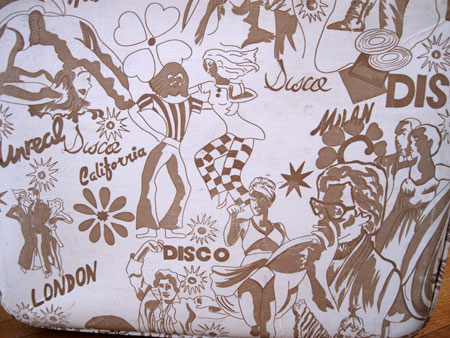 In three weeks I’m throwing a party/AIDS Project of LA fundraiser to introduce the Kitsch Pop art of John Lloyd Young, to whom the musical I co-wrote, The Color Purple, lost the Tony to the musical in which he starred and won a Tony for, Jersey Boys. 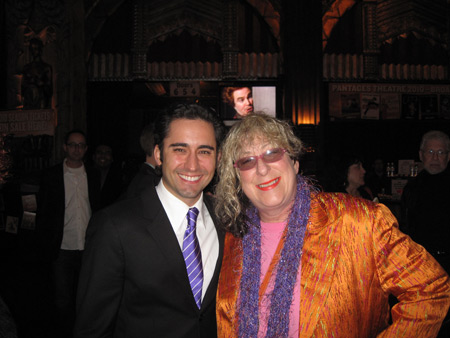 None of which is relevant at all to the Disco suitcases or Pomplamoose, who I’m supposed to be recording with should I actually get on the plane today, other than the chances of me leaving town before the party if I don’t leave this week are grim. But I love working with Pomplamoose and keeping my Disco suitcases packed will keep the flame burning under the pieces of six songs we wrote and recorded together back in December and have been trying to finish ever since. 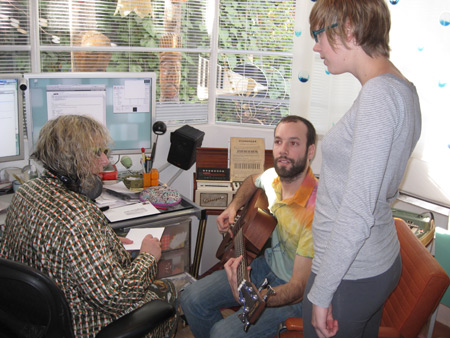 I first saw Pomplamoose on YouTube when they did my song, “September”. 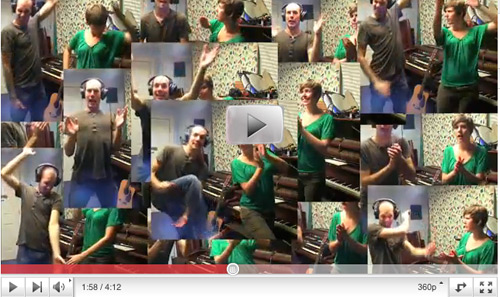 I’ve seen trillions of versions of “September” and no one gets within a continent of Earth Wind & Fire (where my percussion obsession began and what gave me a permanent seat in the vortex of Disco). But Pomplamoose dissected that thing like a frog and reconstructed something inventive and fun so I did what I never do, I tracked them down and asked if they wanted to make records together.

I’m a percussion freak and the rhythmic places Pomplamoose goes is very exciting when one thinks about all the pockets a percussion crazy person like me can drop sonic seasoning into. So here’s what my Disco suitcases are packed with for my trip: 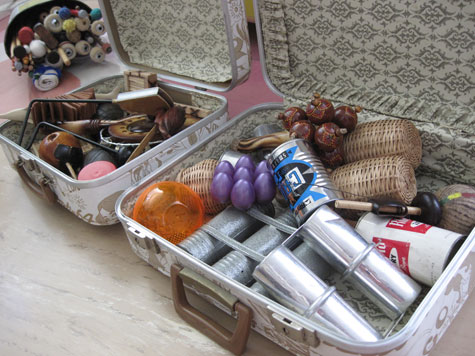 I loved and still love Disco, not at all a Pomplamoose thing but very much an Allee influence when when thinking about making great Pop records. An incredibly amped and happy state of mind fueled by music that melodically and rhythmically is the equivalent of 48 sets of little feet attached to your heart and racing you over the finish line of Pop Soul.

Disco, and my suitcases as representatives of it, still make me feel good even if I don’t feel good about not knowing whether I’m traveling or not today. We shall arrive whenever the time is right and pick up on the exact bass note we left off on. Of that you can be sure! 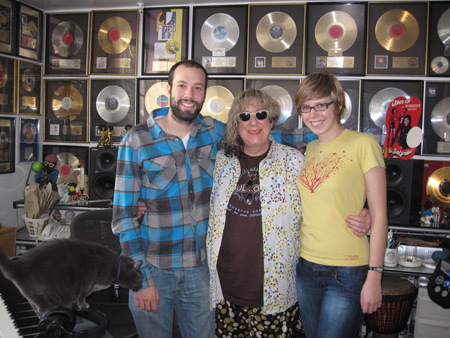