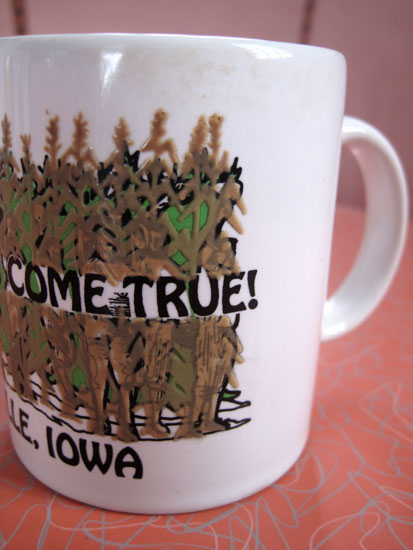 I’m not sure what goes on in Dyersville, Iowa but I sure hope it’s not a factory that specializes in turning out coffee mugs as this is one of the most seriously ugly ones I’ve ever seen. And, trust me, as a purveyor of kitsch I’ve seen a lot of them. If this is truly “Where Dreams Come True”, I hope that at least one Dyersville citizen is dreaming about a new coffee mug design. 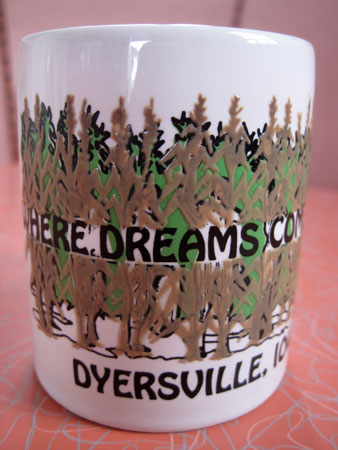 The trees are in relief so your fingers bump up and down as they rest on the cup. There’s a layer of nice green ones that are then mysteriously covered over by a layer of brown and dead looking ones. It actually looks like there was a more intricate design underneath but the bowel brown trees apparently appealed more to the artisan. 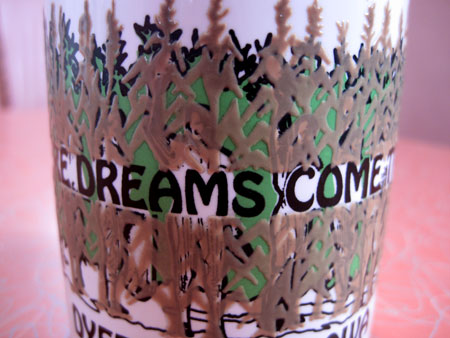 Okay, I just googled Dyersville and I think the mystery is solved! According to the Chamber of Commerce, Dyersville has a population of 4000 and is known as the Farm Toy Capital of the World.  I would suggest the next run of mugs should feature miniature tractors and the like but that will never happen because of this: “Dyersville is also the home of the Academy Award nominated film, Field of Dreams.” Which explains the over-forestation on the coffee mug. Though I believe that a field consists of a patch of cleared land. Next time I hope someone mows the mugs before they hit the shelves. 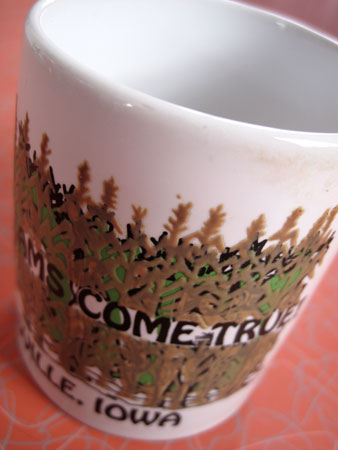