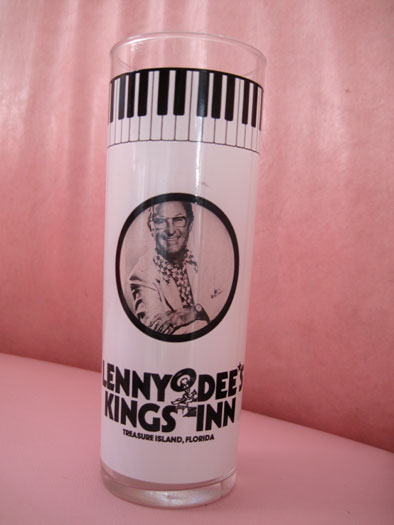 Several things about this glass have all the earmarks of Kitsch with a kapital K. First of all, it’s from a piano bar restaurant. Second, the name Lenny Dee is a perfect name for a player at a piano bar. Third, there’s Lenny himself, festooned in the perfect polyester outfit, visible through the oval peekaboo window on the front of the glass. Fourth, the piano keys go all the way around the glass as opposed to just in the front. 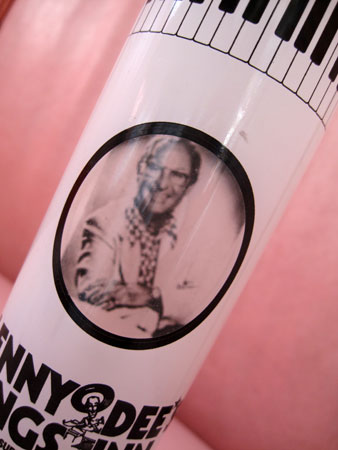 I’m not sure what’s happening on Lenny’s ultra long 70’s pointy collar polyester shirt but it’s the perfect design complement to the piano keys above him. Lenny’s comb-over and especially hairy hands are also excellent graphic touches for a drinking glass. 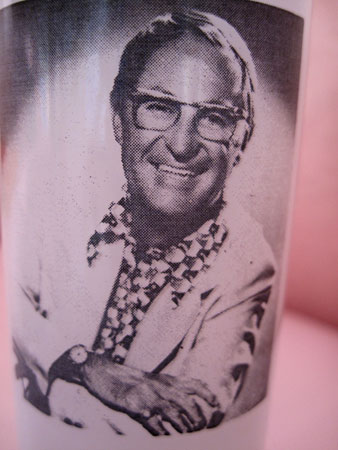 In case you can’t get a clear shot of Lenny once your glass is filled with liquid, there’s a non-peekaboo photo of him on the back. 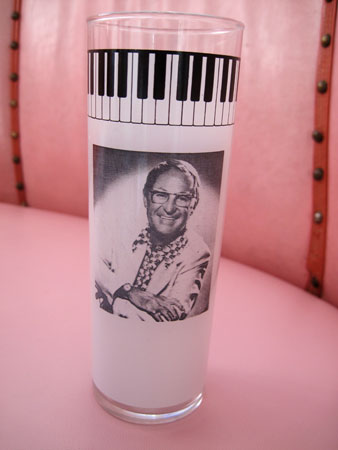 I’m assuming the ‘O’ around Lenny’s head is a record and not a halo: 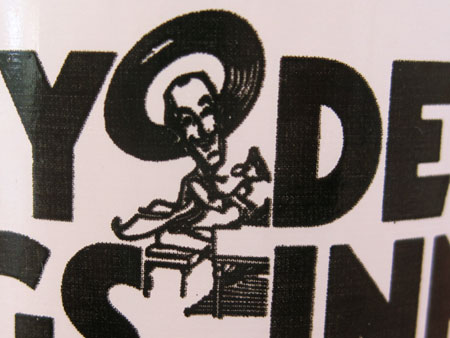 Then again, maybe it’s an ‘O’ and his last name is O’Dee and not Dee.  This led me to google Lenny. 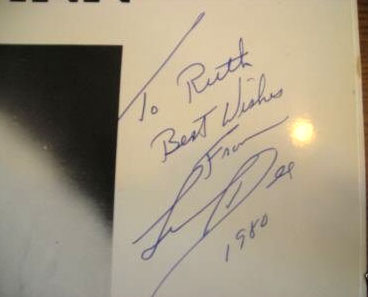 I found out that Lenny no-O Dee made a few records and was an awesome organist. Just listen: 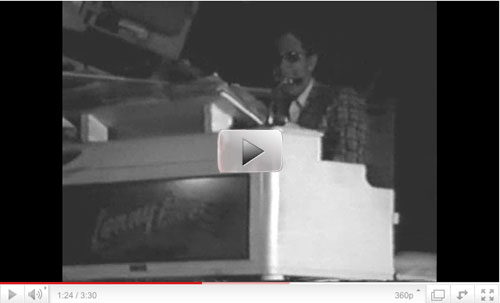 He was quite the talker too: 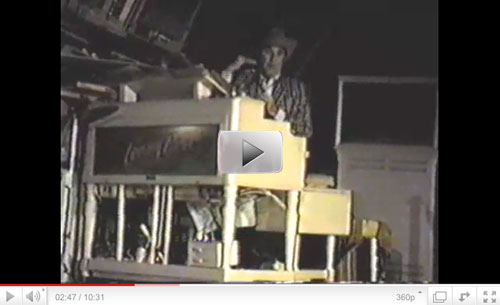 Treasure Island, Florida appears to be the perfect place for Lenny to be doing his magic. 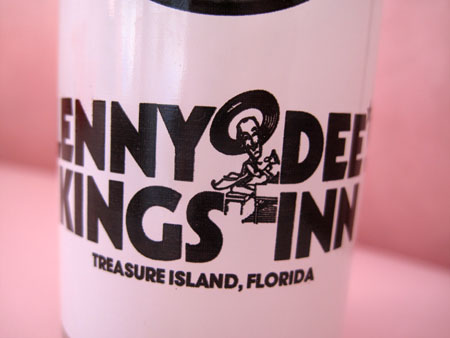 According to Wikipedia, “Treasure Island got its name after several property owners attempted to boost sales of the properties by first burying and then “discovering” a couple of wooden chests on the beach. After claiming the chests were filled with treasure the news of the discovery quickly spread and people began calling the island Treasure Island.”

I think Lenny Dee is the buried treasure (he passed away in 2006). I’ve had this glass staring at me in my kitchen for years but only now decided to see who Lenny actually was. His organ sound slays me – he worked hard getting all that reverb – and I shall forever enjoy drinking out of him! 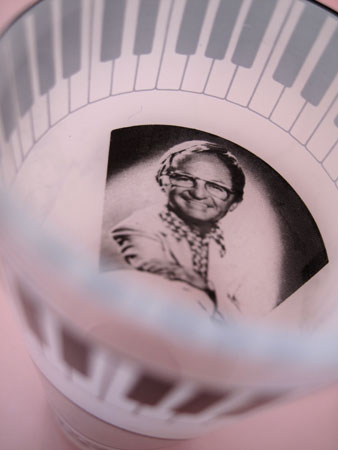 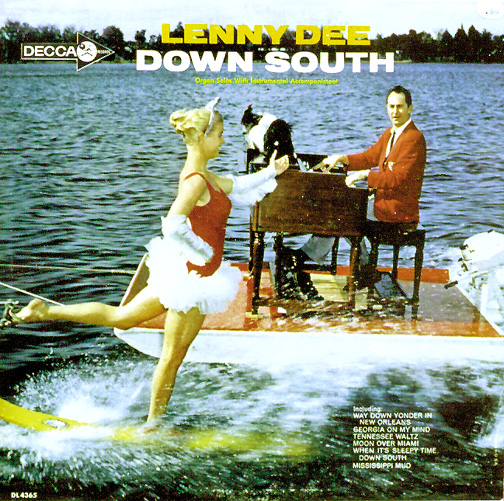