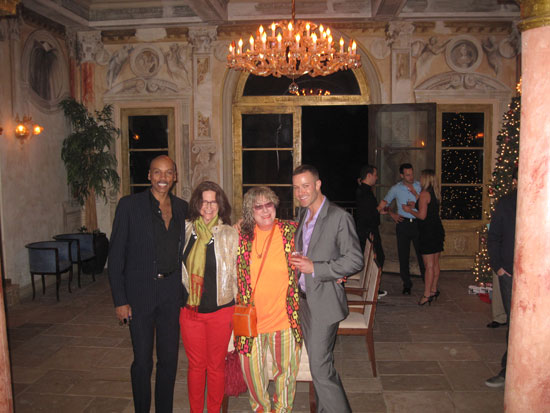 I always love this time of year in LA because the Christmas parties really kick into high gear. There aren’t as many of them this year because all pennies are being pinched but there was a killer one last night at a house RuPaul is renting for the month for just such holiday festivities. The added bonus last night was that it was our mutual friend, Tom Trujillo’s, birthday.

There’s nothing especially kitschy about all of us – except me I guess – but we all embrace our vast love of kitsch in the way we live and entertain. In Ru’s case, the house he rented takes appreciation of the genre to staggering heights. 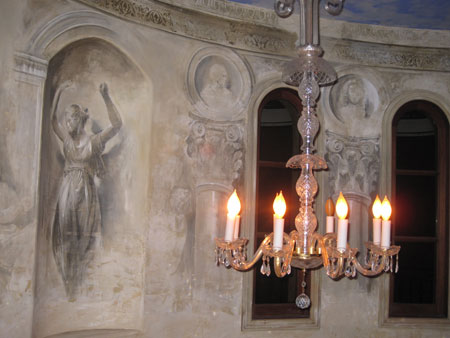 First, some of the attendees and then, more photos of the kitschtacular edifice itself.  Here’s a closer shot of Ru, me, birthday boy Tom, and Prudence Fenton. 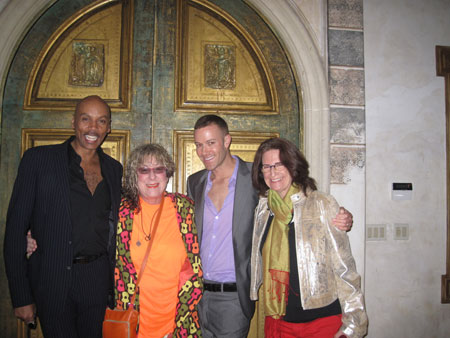 Here I am with Santino Rice, of Project Runway and RuPaul’s Drag Race fame: 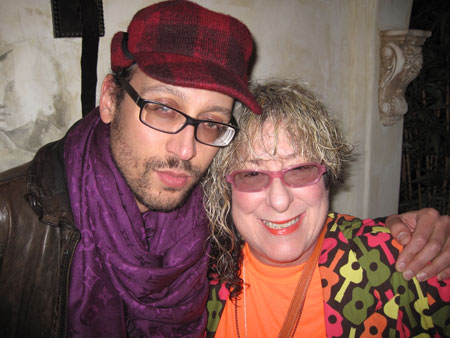 I love my soul sistas and sisters in real life, Scherrie Payne, formerly of The Supremes, and Freda “Band Of Gold”, “Bring The Boys Home” Payne. 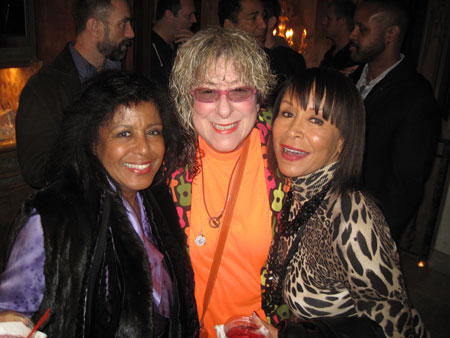 Now onto the co-star of the evening, the house, mansion, palace or whatever you want to call it. First of all, it was massive. From the street it just looks like a long bush but from the back, if you put the following three photos side-by-side, it’s a hunka hunk o’ burnin’ living space: 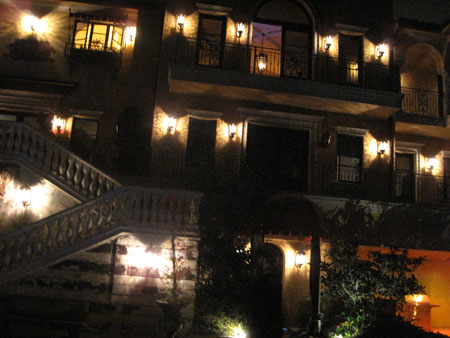 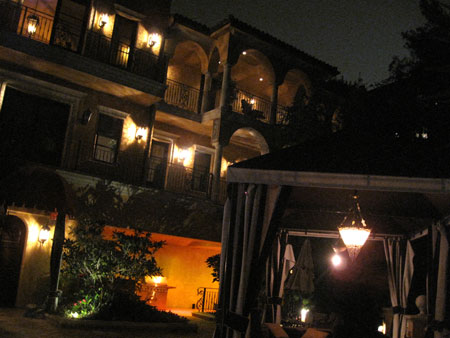 The entire outside of the house is distressed so you constantly felt like you were whizzing through Europe. There are three floors that I know of, possibly more, but we had already walked so much I was going to have to hire a car to take more of the tour. Most of the ceilings look something like this: 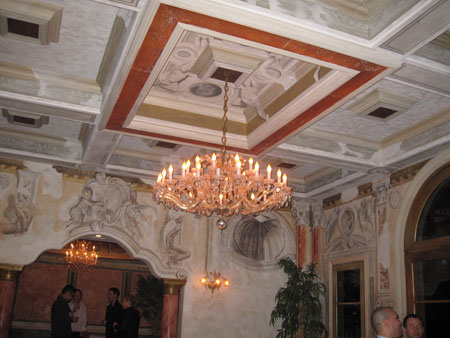 Many of the ceilings twinkled: 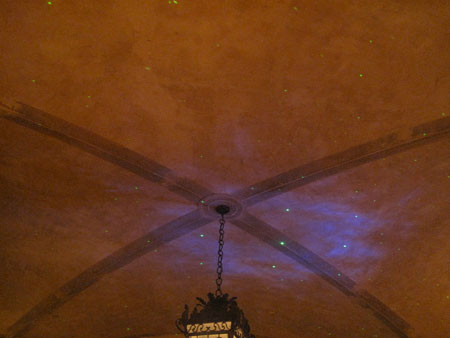 Most of the walls gave lots of time to the women:

The walls that weren’t giving props to the ladies had screens embedded in them with moving images of exotic places: 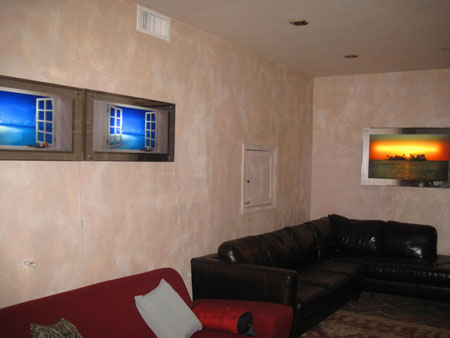 All of the staircases are very rustic yet ornate: There are tons of little seating areas like these: And lots of statues everywhere: … and leads to a disco complete with a stripper pole downstairs: I don’t know what I was thinking not taking a photo of the unbelievable pole dancer from Jumbo’s Clown Room who came to entertain Tom. I guess I was too busy running around taking photos of myself next to all the statues. Pound for pound, it was a wonderful night with wonderful friends inside a wonderful wheel of brie house. I’m sure I’ll be back before Ru’s rental is up…