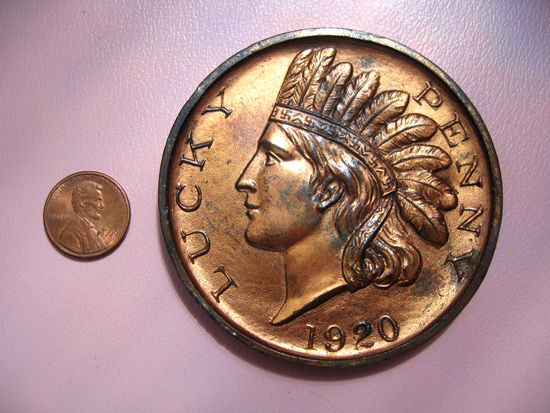 As you can tell from the photo, this “Lucky Penny” souvenir of Los Angeles is substantially larger than the real thing. It’s also so incredibly heavy that I suspect if I melted down it could pay for someone’s college education.   Although it’s dated 1920 it was made in the 1960’s. I’m not quite sure what the tie in was between a penny and Los Angeles but I’ve always felt incredibly lucky to live in LA so I maybe it’s just as simple as that. 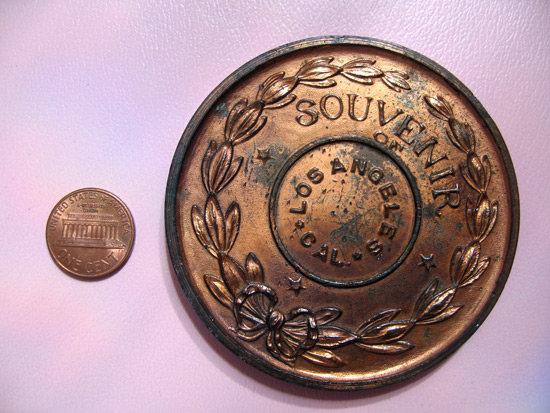