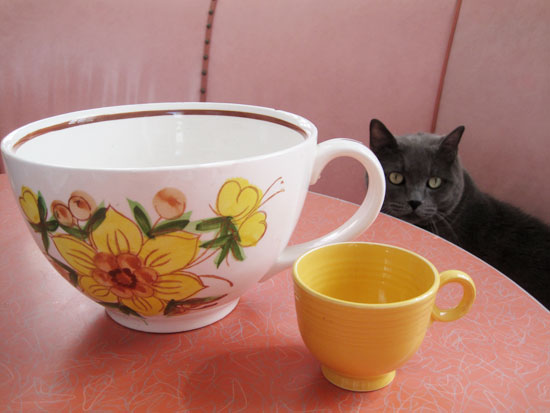 I never drank coffee before I was 21 and almost fainted in a doctor’s office after he gave me a shot and a big cup of coffee to keep me from going down all the way. Slowly but surely over the next few months I built up a taste to it and by the time I started living in recording studios in the late 70’s when I got my big break with Earth Wind & Fire I was up to 20+ cups a day as social breaks at the coffee machine and playing Pong was the only time I ever saw sunshine. 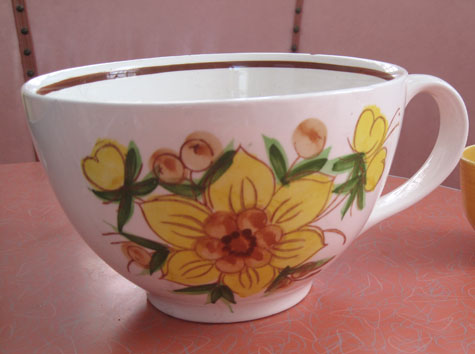 I never actually used this cup to drink out of, mainly because it was too heavy to pick up full and take a delicate sip from and the coffee was too cold by the time the weight was manageable. So it’s spent three decades as a candy dish, pen holder and even made it on to MTV from 1989-91 as part of “Just Say Julie”, the first music video clip show ever, when it hung in Uptown Julie Brown’s set that I art-directed. 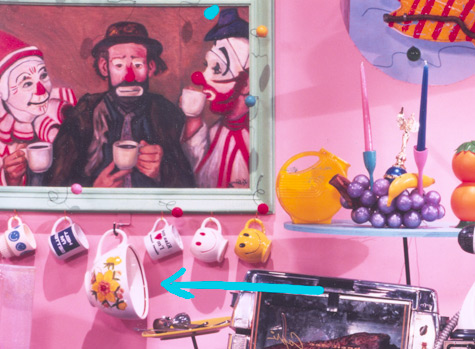 I used to work around the clock. Now I’m at a more human 12 – 16 hours a day. But oftentimes the nights still seem like a bottomless cup. 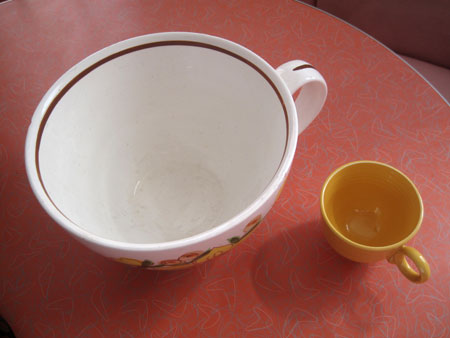