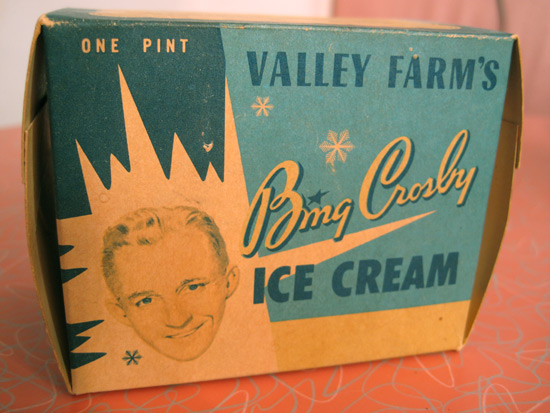 Unless you were Frank Sinatra Bing Crosby was about as big as you could get in the 1950’s. Big enough to rule the Hit Parade AND in 1953 get his own brand of ice cream. He even owned the brand, Bing Crosby Ice Cream Sales, Inc., Hollywood, California, which he licensed to Valley Farm’s (excellent use of a misplaced apostrophe) who  promised that the contents was of  “Cream of the Stars” quality. 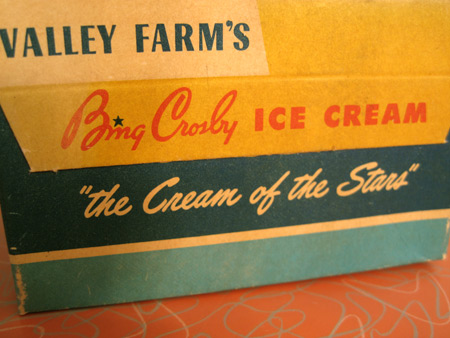 This carton was one of my earliest vintage possessions. When I first started  seriously collecting in the early ’70s I used to spot these  in thrift shops all the time. In the 80’s I used them a lot in my collage art figuring I’d always be able to find more. But now they’ve gotten appropriately rare so all I have left is this one faded carton with hardly any Bing left and a photo of a flattened carton I took when I stumbled on a whole case of them back in the day. 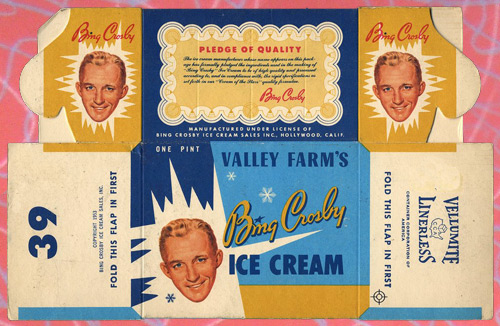 I wish there was still ice cream in the carton because if it was half as smooth as Bing sang it would be one tasty lump of sugar stuff. And it certainly would’ve gone well with the Allee Willis Ho Ho (yes, that’s the real name) dessert I shared last night at Street, my fave restaurant in LA (which I co-own), with John Lloyd Young, who won a Tony for playing Frankie Valli in Jersey Boys (to which my very own Color Purple lost for Best Musical in 2006). John’s as smooth a singer as Bing. 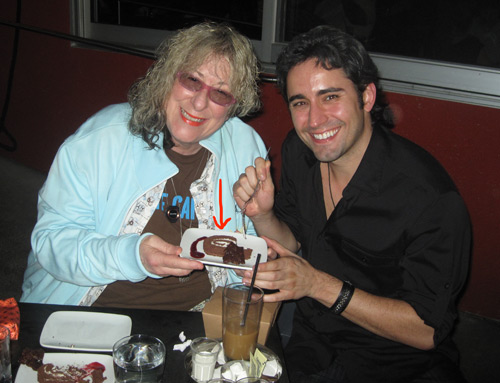 You may think it’s a stretch to connect an ice cream carton to Ho Hos and then to John but if you knew what we were cooking up together you would  see that it was the most direct link possible. Let’s just say that John loves cartons and I love what John does to cartons and Bing Crosby graced a carton so all ends meet perfectly in the middle. 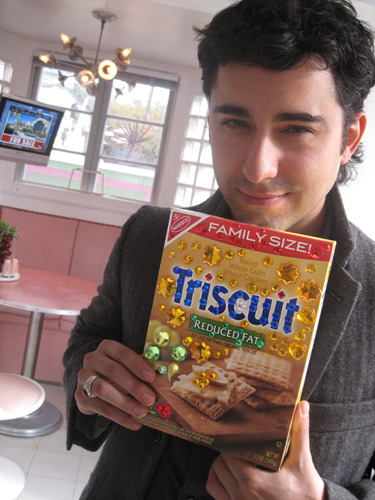 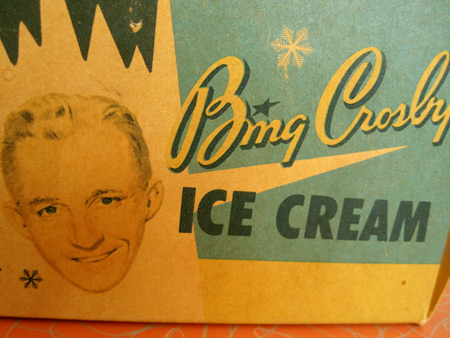