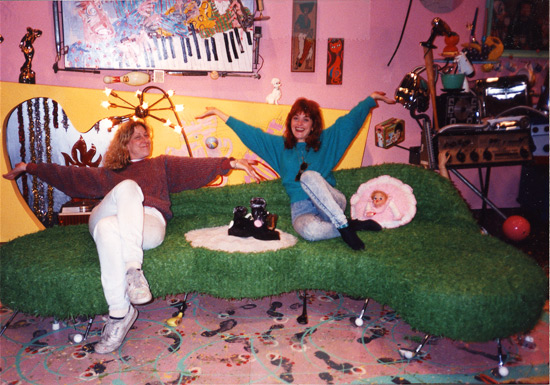 From 1989 through 1991 I art directed and hand built the set and props for “Just Say Julie”, MTV’s first ever clip show starring (Uptown) Julie Brown. Julie was one of my best friends and we had a ball, especially as it was so early in MTV’s scripted show evolution that no one from the network paid much attention to what we were doing so we just went nuts.  We shot 10 shows in three days each of the three years. The art direction budget was insanely small, something like $500. It made no sense financially to do it so my deal was that I could keep everything once the shoot was over. This is when my collection of Kitsch went into serious overdrive. I still have just about everything but none of it so close to my heart as the 14 foot long astroturf couch with sandtrap ashtray and golf club feet that sat in the middle of Julie’s living room. Many illustrious guests sat on the couch. 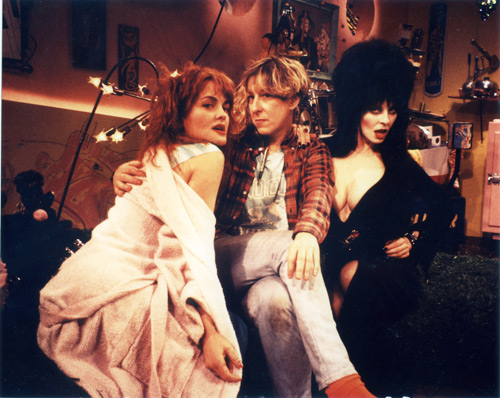 Even Elvis showed up one day. Yesterday, Julie and I both showed up at Street. 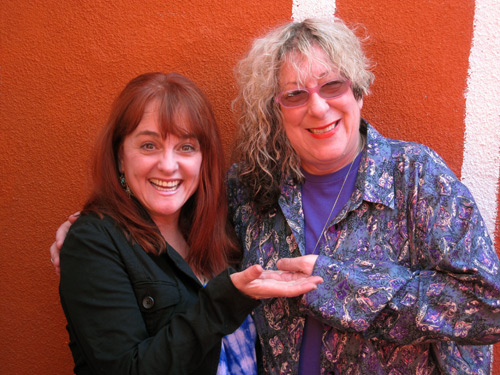 We talked about how much freedom we had doing “Just Say Julie” versus what usually goes on in Hollywood where you’re stripped senseless of any brain material once you sign a contract and are beholden to create by committee. But with the (thank God) rise of the Internet, power has been turned back over to the artist if they have the brains and balls to use it, a topic I’ve been obsessed with for almost 20 years.

We did a lot of eating while we talked. We had Moroccan Spiced Winter Squash with popcorn, 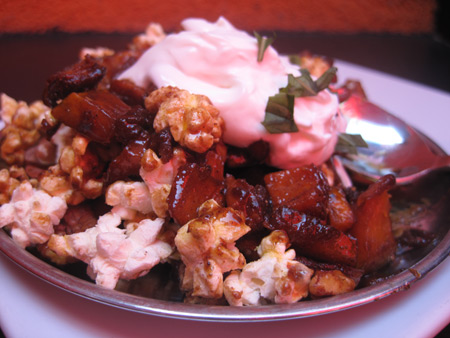 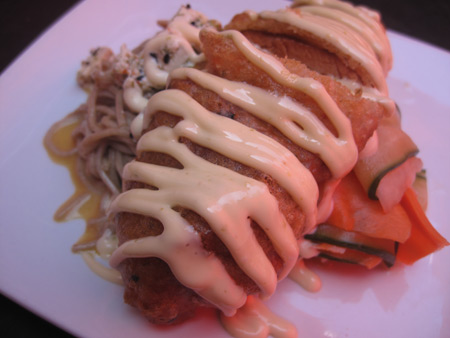 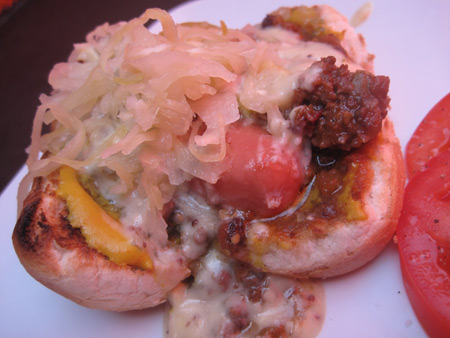 … and Spinach Varenyky, which I forgot to photograph until I finished. 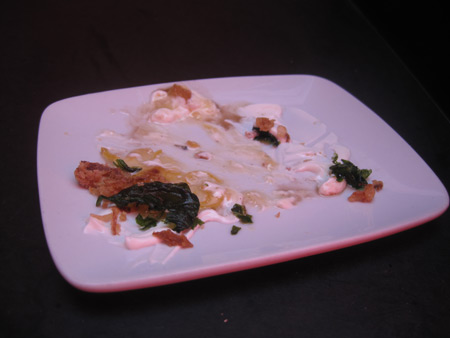 Julie was more diet conscious than I and only ate the insides. 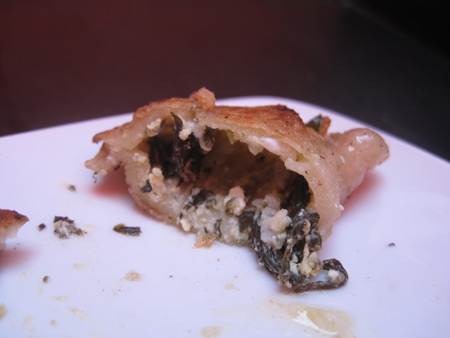 Julie and I have a longstanding history with food. In 1989, she won the Best Food award at my Night of the Living Négligée all girl pajama party with her spectacular “Cabbage In Rollers” appetizer featuring cocktail weenies stuck into a cabbage face with a jar of barbecue sauce sunk into the head. 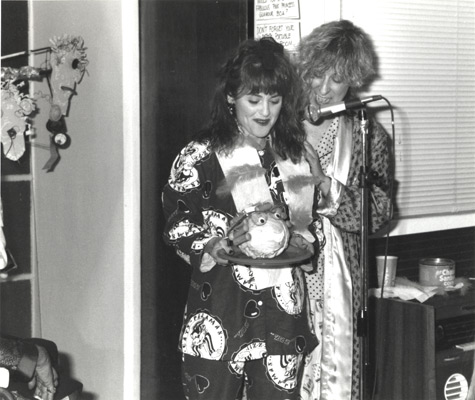 I know the beautiful cabbage head is hard to see in the photo. You can see it a little better in this one where I’m demonstrating that the rollers are actually edible as Cyndi Lauper turns away in disgust. 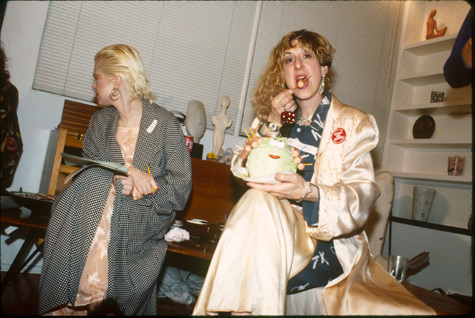 Always a reliable party guest for showing up with festive pot luck food, Julie brought some delicious mouthwash to my Smock It To Me (Art Can Taste Bad In Any medium) party in 1991. 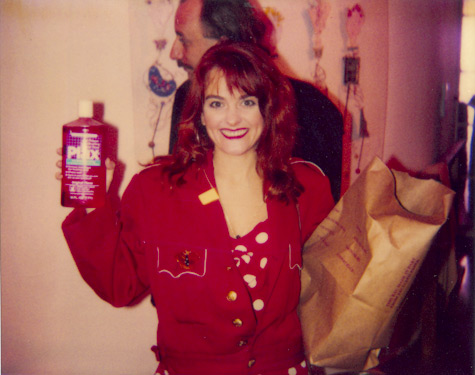 All in all, I don’t think Julie or I have lost much of our spunk or drive over the years. I look forward to decades more of friendship, food AND fantastic couches!