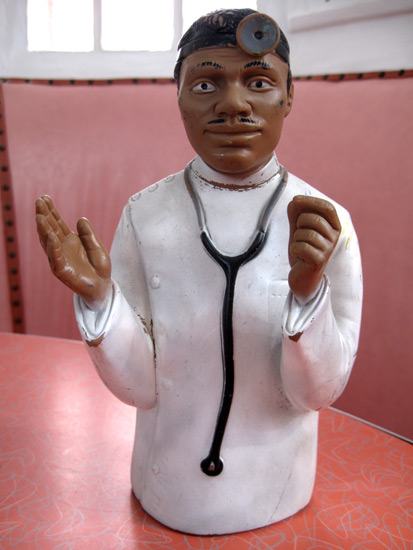 As I lie in bed with food poisoning after ingesting some of the worst food I’ve ever eaten in LA Saturday night (at an expensive downtown restaurant which shall remain nameless as I’m only 99.99% sure it was the scene of the crime and not 100), this rubber doctor puppet seems a very appropriate Kitsch O’ The Day offering. Made by Childcraft in 1968 and used in African-American classrooms to teach about good role models the set also includes two girls, two guys, one kid, a grandmother, a grandfather, a policeman and Nelson Mandela. 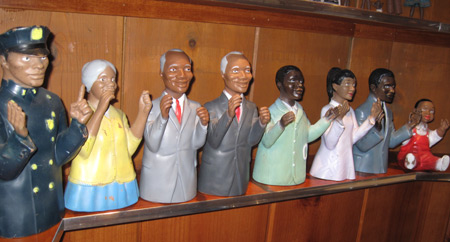 The grandfather and Nelson Mandela look suspiciously alike. I like how one can merely change their suit and go from leading a family to leading a nation: 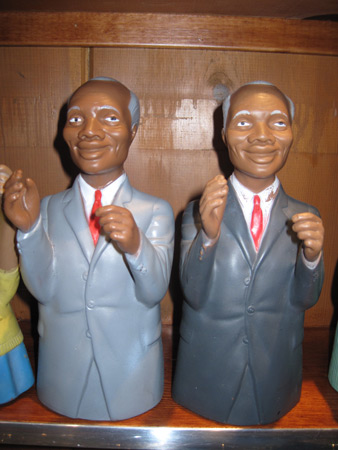 Because I have so much memorabilia and because I throw so many parties and used to shoot a lot of music videos here I always get asked if anything is ever stolen. For 30 years I’ve been very proud to say only one thing and that was an ashtray that was so common among 50’s collectibles that the person who stole it deserved it because anyone who knew their stuff would take one look at it and think that person didn’t really have discriminating taste.  All I know is that it was someone in this photo during a Kid Creole and The Coconuts shoot over here in 1989. I have no idea who the  guilty party was but it was most certainly not the person in the sunglasses: 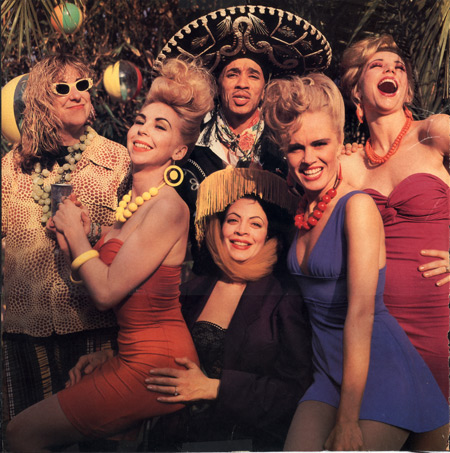 Now as I stare at the puppet group three photos above I see that one of the girls is missing too. 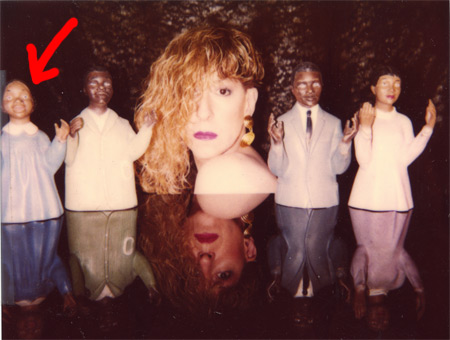 This had to have happened during the last six months during which time I threw two parties. I’m at least thankful that whoever copped it didn’t make off with the whole set though I must say that this discovery makes my stomach ache as much the ratty restaurant downtown does.

I’ve loved my Childcraft puppets since the day I found them, not only because they’re one of the few mass-produced vintage products made specifically as African-American teaching aids but because once your hand is stuffed inside of them they’re very malleable and lifelike looking. 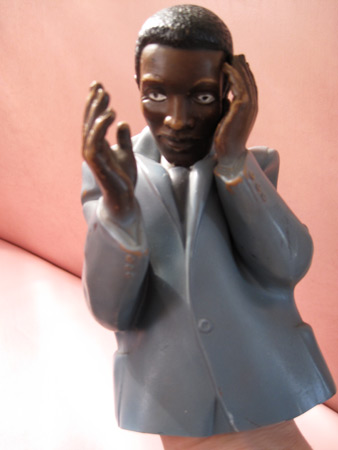 Here are two of my favorites with Sammy Davis Jr. guarding my gold records: 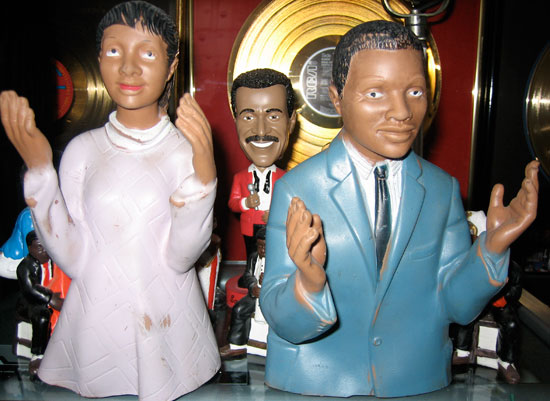 Despite the fact that it gave me a great excuse to drag the doctor out, the unnamed downtown restaurant screwed up my entire weekend causing me to miss a panel I was speaking on regarding new technology and the theater, two parties, one photo shoot drive and a movie. I would’ve preferred to make the weekend activities decision on my own rather than let the horrific buttermilk fried chicken that tasted like wood and could chip a tooth, the creepy little cheesecball freebie (thanks for nothing), and tuna tartare, the sloshy mound that I suspect was the main culprit, doom me to a weekend of Gatorade, bananas and saltines between bathroom runs. And I certainly wish my rubber doctor could be of more help than just looking cute. 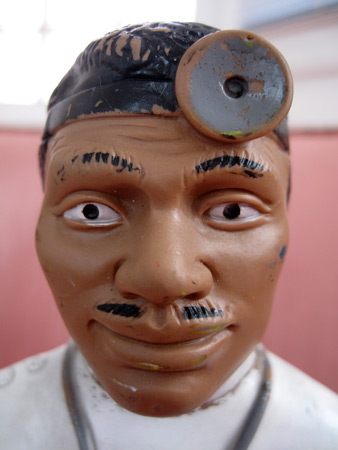 But then I realize that this is the gift of writing a daily blog, that one can vent about restaurants that think they’re fancy but are merely annoying and in this case dangerous.  Thank God there was a doctor in the house to cheer me up somewhat. I have a feeling if I ate the puppet it would have made me feel better than that dreadful meal did.