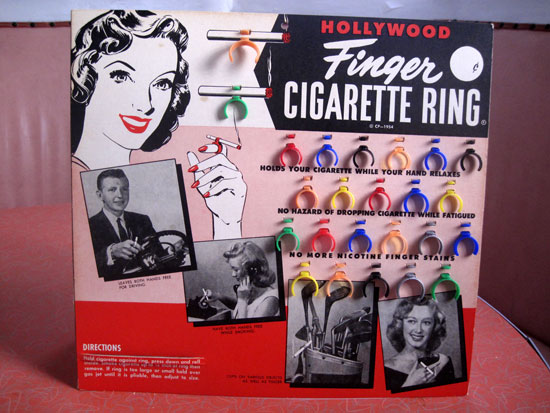 The only thing I love more than a really bad fashion idea is a really excellent display card to feature it on. The idea of a cigarette ring, or any kind of a ring to park some kind of smokable in, is actually pretty great were the part of the ring meant to hold the smoldering log large enough to accommodate it. But in the case of the Hollywood Finger Ring, unless you’re packing Virginia Slims, that ain’t going to happen. 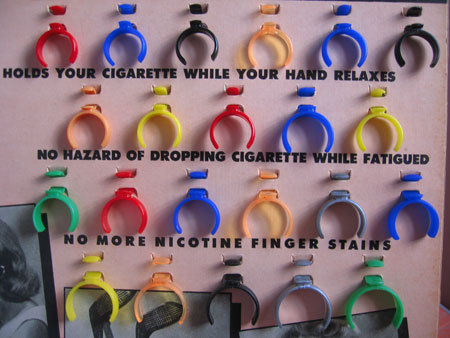 Though they do suggest this: 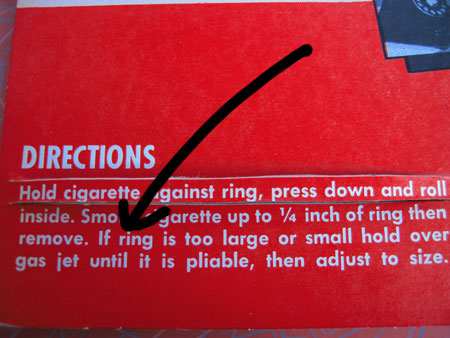 Then again, why don’t you just carry a blowtorch? But, if we give some license and assume that a cigarette or some other rolled substance would, in fact, fit into the little carriage, here are some of the many instances in which such a ring would come in very handy: 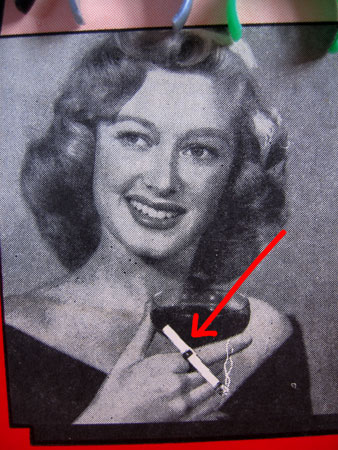 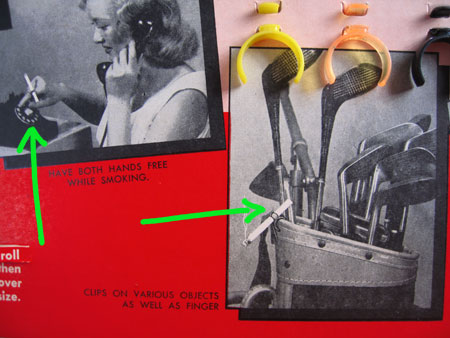 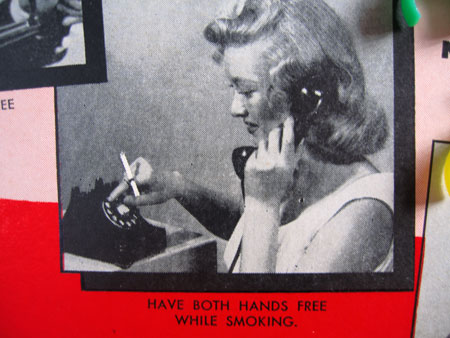 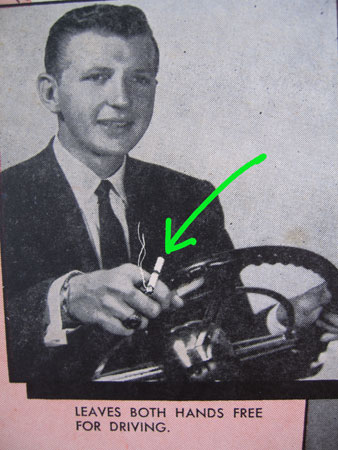 As much as I abhor cigarettes or being in the vicinity of someone else partaking of the habit, I really think this is a brilliant concept. However, in addition to the already discussed too small opening for an actual sized cig, the rings are made of colorful plastic. Which means that they would most likely appeal most to kids. Who we don’t want to encourage to smoke. So this brilliant concept = stupid product.  Which is just what we love placing on the shelves here at The Allee Willis Museum Of Kitsch. 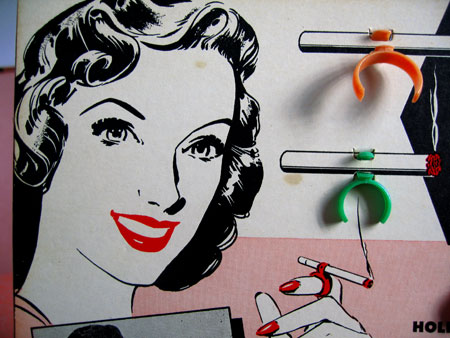