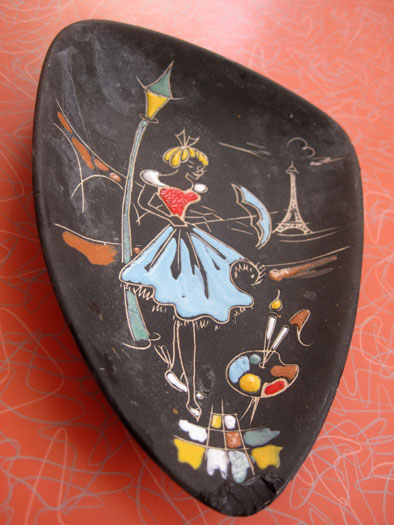 Gay as in ye ol’ sense of the word: happy, frolicking through the streets of Paris with n’ary a concern in the world. I love this Little ashtray for much more than its gayness however. Above all, I relish the little paint mounds that stand above all the matte black surfaces. 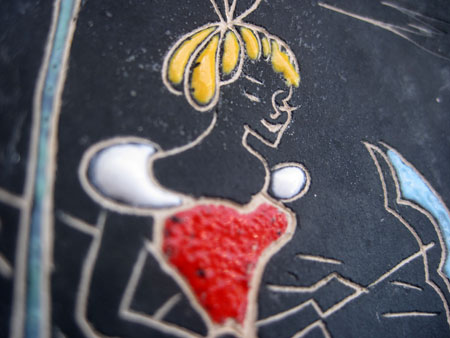 It’s hard to really tell from the photo – and I took at least 20 of ’em trying to get the little white mounds of glaze to properly pop – but you can see the little nubs of the sweater and those puffed locks of yellow blond hair and get an idea of the dimension of the glaze. Shoulder pads were a big 1940’s fashion trend, which I’m sure influenced this 1950’s design, so it’s a shame the white won’t photograph right. Of course, it’s a bigger shame that I don’t know how to shoot with anything other than auto focus…. Maybe you can see the gay raised paint splotches better on her skirt: I love when you can see the imperfections in the glaze. It adds to the handpainted feel. Which someone did, though I’ve tried to make out the name unsuccessfully for 25 years since I’ve owned this thing. 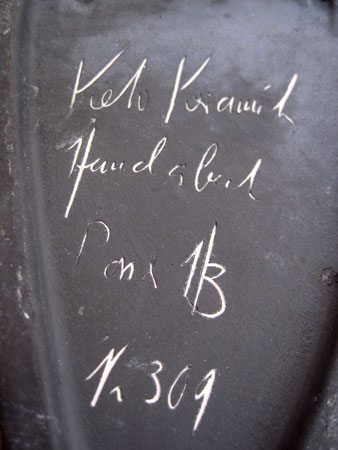 I love the sidewalk treatment: 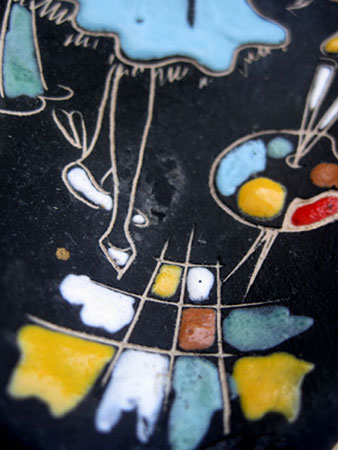 So Atomically perfect in design, splotched right on the pavement from the artist’s palette. I love her shoes too, though doesn’t one foot look five sizes larger than the other? 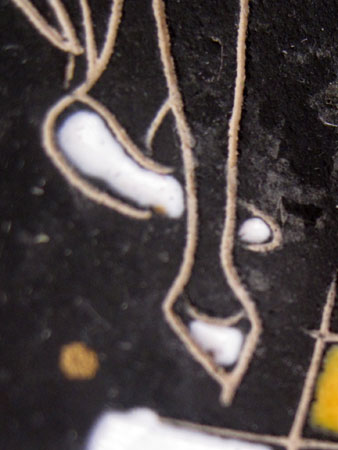 The fringe on the dress is etched into the clay. I love this reverse effect. 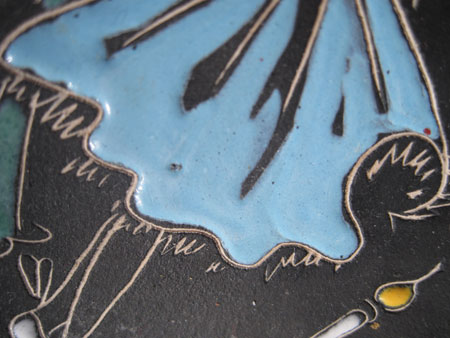 Other Parisian essentials, an umbrella… 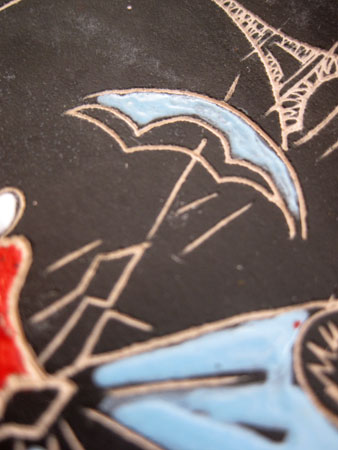 …and The Eiffle Tower: 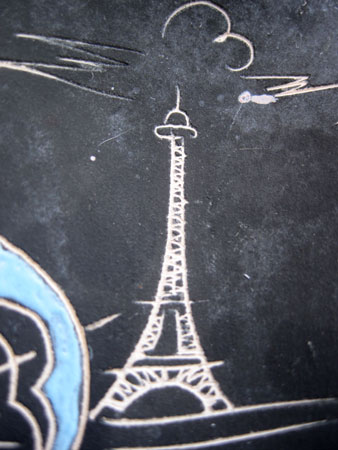 But the big mysetery is why a French Poodle wasn’t thrown into the mix? That particular canine so often accompanied French designs in the 1950’s. 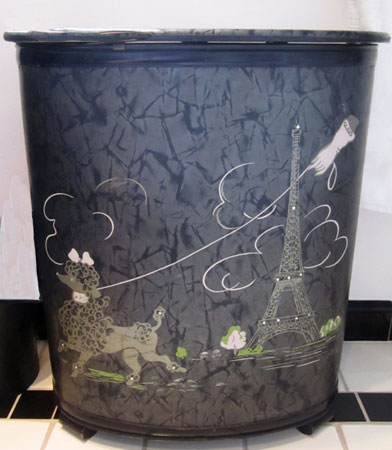 Missing poodle acknowledged, this gay Parisian ashtray is still one of my fave ash receptacles.  May you all have a very gay day and remember to deposit your ashes in a stylish gay ashtray for optimum esthetic enjoyment. 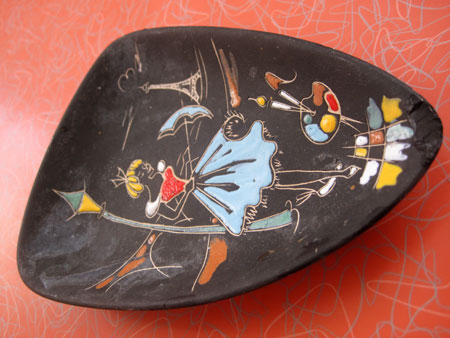