I was very excited when aKitschinado Michael Eli is sent me these two face scarves that his sister-in-law Diane made for me. 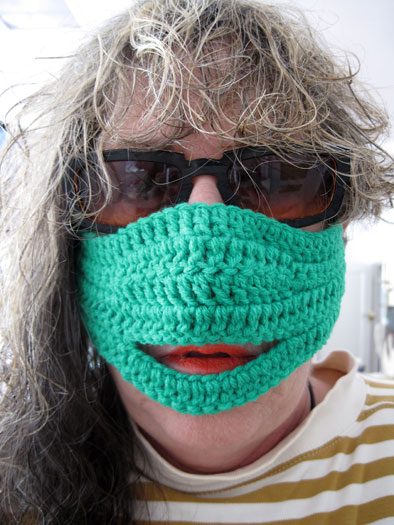 It’s not usually cold enough here in LA to wear something of this nature but I’m always one for something a little different that adds style and comfort to one’s life. 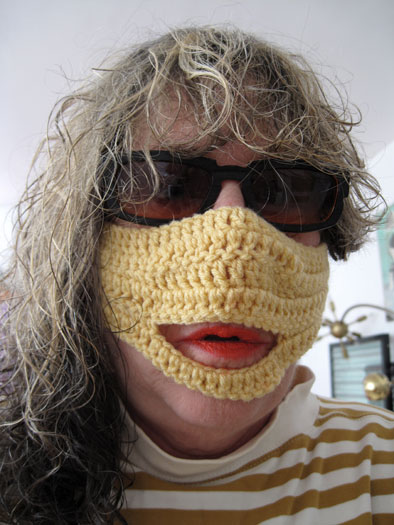 When Michael received the photos I sent him of me wearing Diane’s creations, he politely explained  that I was wearing the accessories wrong.  How was I supposed to breath covering my nose?!  I should have known this as my very lust for these mini scarves was inspired when I spent last Christmas under the spell of this particular hat: 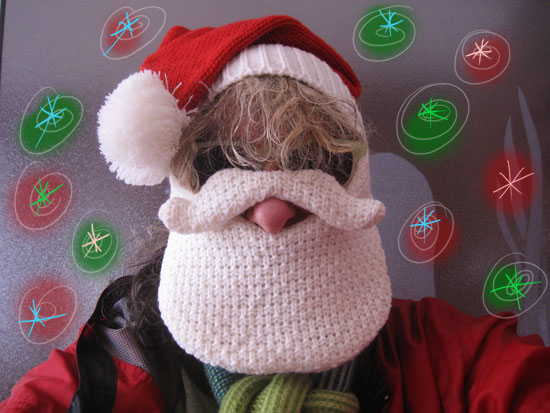 But, truth be told, I breathe through my mouth.  So that little slit seemed more than appropriate to spotlight my ever-Mac Morange lips. I often do things wrong where instinct would have kicked into other people’s heads instantaneously.  Like most folks wouldn’t be 15 years into their painting career before they realized that you mix colors to get other colors. Or that you cook oatmeal rather than letting the little hard disks of oats nick your throat like  blades on an ice skating rink while throat doctor after throat doctor can’t figure out what the problem is. These kind of  predicaments are the kind of things that dump themselves on my doorstep daily. This has forced me to have more of a sense of humor about most things and not be embarrassed when someone tells me I am wearing something wrong and will most likely drop dead from lack of oxygen inhalation in mere minutes. But I’m happy to say that I am just as happy with my face scarf being worn properly as improperly!: 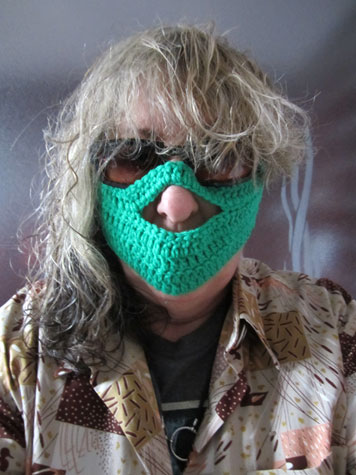 Though I’d probably feel better if I could put lipstick on my nose as I’d love a burst of contrasting color in the midst of all that yarn. But I’ll settle for my nose going nude and being able to enjoy the nippy air as God originally intended it to.  Thank you again, Michael and Diane!