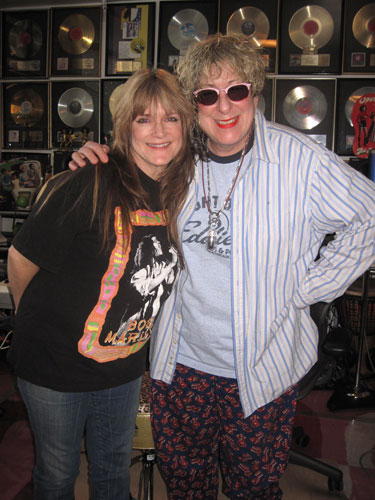 As a collector of kitsch for decades now with a particular love for popular television shows, there’s nothing better than having the real thing who made the real thing in your presence. Such was the case when Susan Olsen, a.k.a. Cindy Brady, the youngest, cutest, blondest Brady in the Bunch, walked into Willis Wonderland last Friday afternoon. And she came bearing one of her signature Christmas cakes, which is how we came to know each other in the first place as she posted her kulinary kitsch koncoction in The Allee Willis Museum Of Kitsch over Christmas. 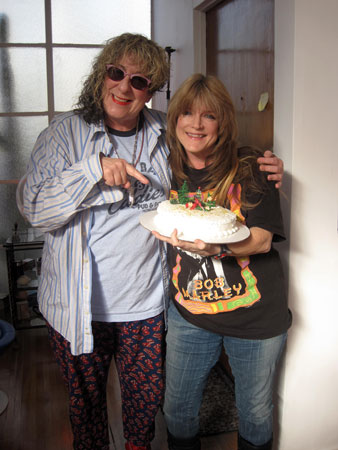 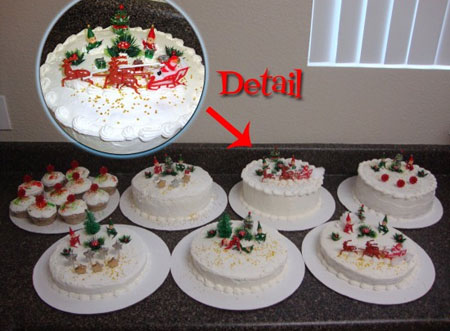 I got especially excited when I saw all the snowy peach fuzz that surrounded Susan’s elves: But the elves on the cake she brought me needed no such extra set decoration as they got down to enough business on their own: 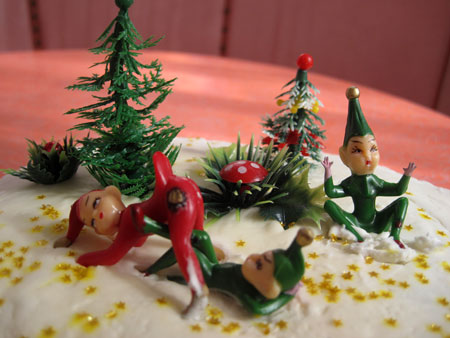 I was actually introduced to Susan by my Facebook friend and most dedicated aKitschionado at The Allee Willis Museum Of Kitsch, Denny McClain. We made sure to give him his props before we did anything else: Our hooking up was also facilitated by another Facebook friend, Steven Wishnoff, who accompanied Susan to Willis Wonderland. I immediately offered them a snack as I had something amazingly fitting for this most kitschous of occasions: 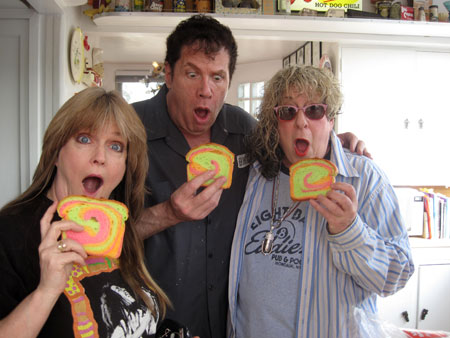 Any of you smart and dedicated enough to subscribe to my blog will recognize that we’re holding a piece of King’s Hawaiian Bakery Rainbow Bread that I bought a loaf of last weekend on my Sunday drive with Charles Phoenix. This is possibly my favorite food discovery of the century so far. 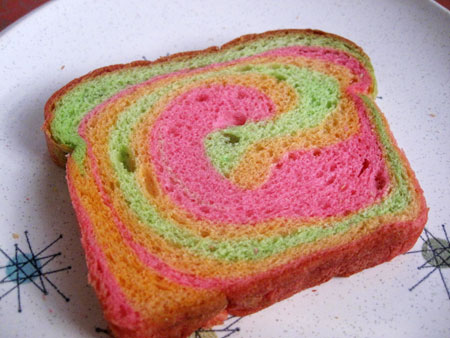 It was perfect as Susan actually came dressed matching the bread: We were all most anxious to see what happened to the color swirls when the bread was toasted, hoping they would get even brighter with a little bit of heat. We were sorely disappointed: 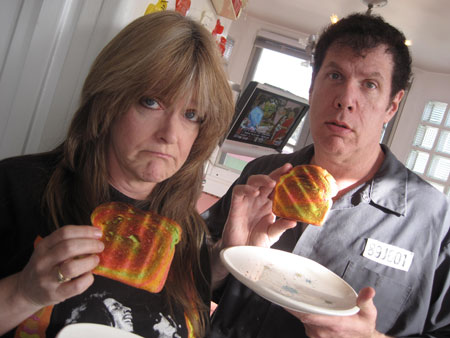 But that didn’t stop us from slopping on some peanut butter and jelly and enjoying a delicious grill stripped rainbow mini meal. 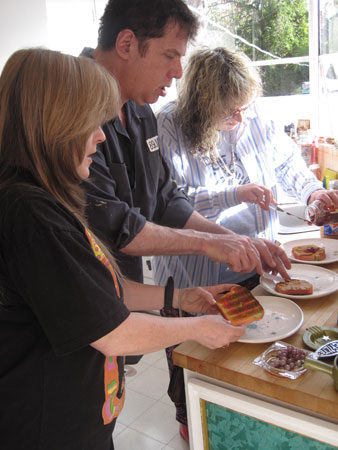 We spent a lot of time walking around Willis Wonderland as Susan and Steven had an excellent sense of kitsch. I had much Brady Bunch memorabilia out… …but I stupidly forgot to ask Susan to autograph anything. Luckily, before we met she mailed me a copy of a book she co-wrote about the making of one of the most exquisitely cheesy television specials ever made, The Brady Bunch Variety Hour. If you’ve never seen it, RUN to YouTube now!! Thank God, Susan autographed the book so I didn’t feel tooooo bad about the missed opportunities for my aforementioned Brady treasures. All in all, we had a most Brady day! 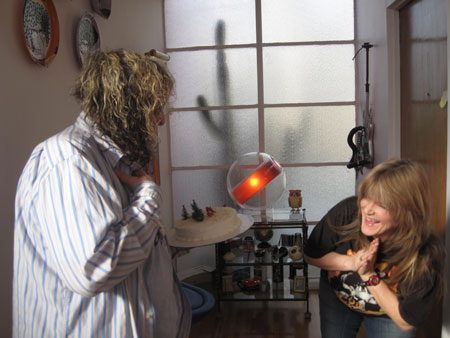 I’m hoping next time we get together Susan will make me one of her signature Flufftinis. Afterall, there’s SO MUCH we see eye to eye on.