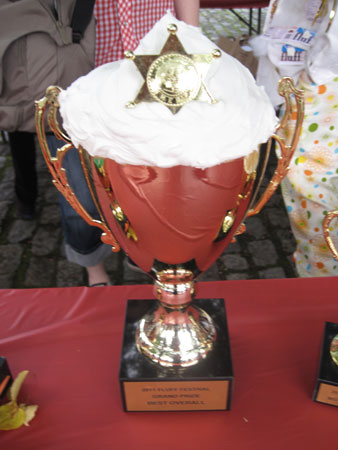 I must admit that contrary to my normal habits, I didn’t do much consumption of food at the Fluff Festival this past weekend in Somerville, MA.  I was too busy sweating like a little piglet, as I’m sure you can see from the back of my hat hair. 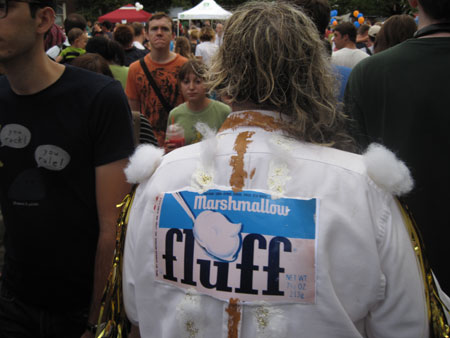 But food concocted with Fluff was there aplenty: 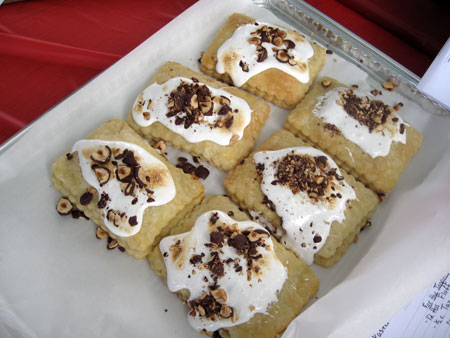 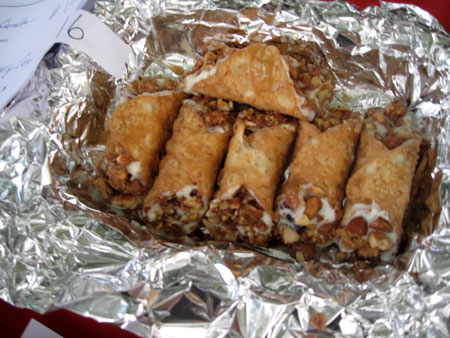 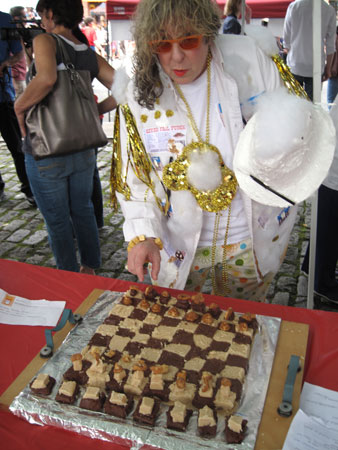 I never learned how to play Chess so the accuracy or lack of it is of no consequence to me. There were at least twenty Fluff-filled foods submitted. I meant to get an overall shot of the table so all the food was represented here but my brain was too sweat-filled to think. The only thing I really tasted was the Fluffy chicken, mainly because if there was a recipe that combined Fluff with chicken I wanted it. I must say it was very tasty and delivered quite a kick. 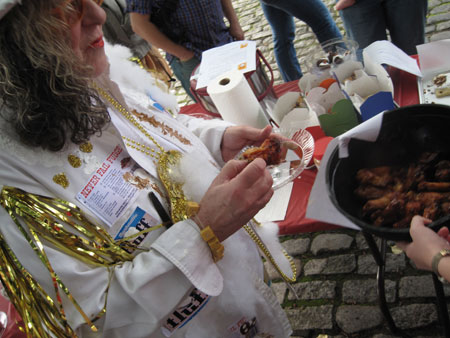 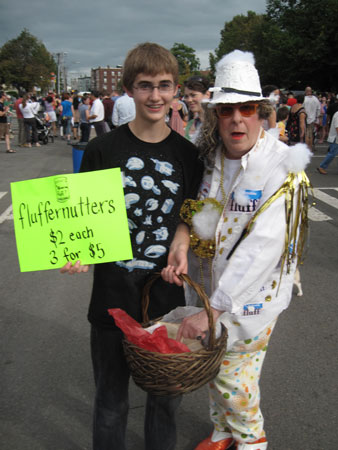 Fluff filled trophies were given to the winners. Unfortunately, I can’t tell you who won as I was too busy mopping myself off in the darkness of the tiny VIP room, which was thankfully air-conditioned and had a watercooler. My hat was slathered with about twenty coats of Liquitex acrylic and it was like having your head topped off with a sauna. I also did a lot of sitting around outside trying to drip dry while Booty Vortex played. 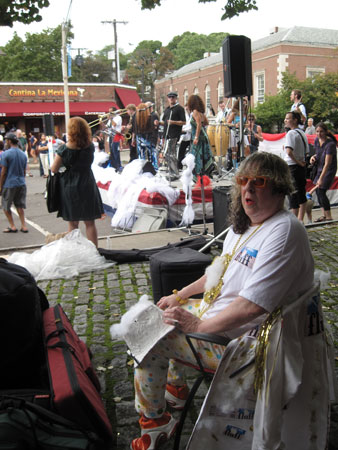 I have to say that funk cover bands usually drive me nuts but these guys were the joint. 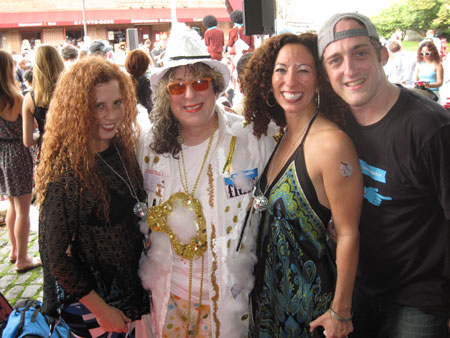 I conducted them playing many a rendition of “September”, the official Fluff song this year. Oops, am at Logan airport and they just called my flight for boarding. More Fluffiness tomorrow… 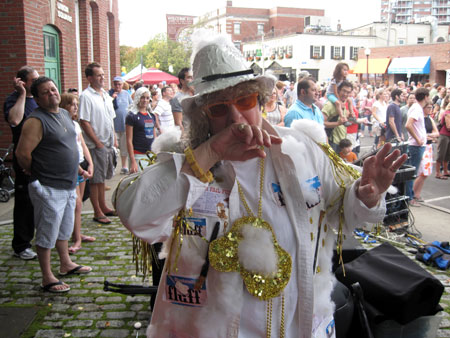