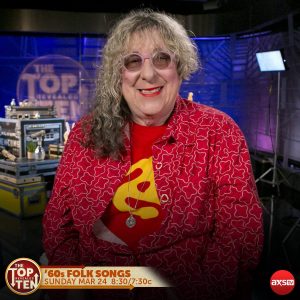 I wrote my very first song in 1972. The music was SO GOOD that year that despite not knowing how to play an instrument I just started writing because I was so inspired. My very first song was written to the melody of “Alone Again Naturally” by Gilbert O’Sullivan, one of the biggest records of the year and easily one of my all time favorite records ever. Then I called a friend who could play piano and he brought over the sheet music to “Never Can Say Goodbye” and played the chords backwards, from the end of the song to the beginning. I always could sing a melody to anything, the clock ticking, birds singing, anything that forms a rhythmic pattern. And so my first song, “Ain’t No Man Worth It” was born. Which got me a record deal on Epic for my one and only album, Childstar, the title of the second song I ever wrote. This Sunday on AXS TV‘s show The Top Ten Revealed we’re ranking the most epic songs of ’72! It’s an all-new episode starting at 8:30/7:30c.