THRILLED to be part of the special exhibit that opens today at the Motown Museum in honor of MOTOWN 60 and stays open for a year highlighting the people beyond the walls of Hitsville whose culture, society and personal lives were touched and transformed by the little Detroit label that could. “Featured are luminaries such as Oprah Winfrey, who has spoken emotionally about seeing the Supremes on TV while growing up: “Our hearts lit up with the possibility of what it meant to be a little black girl.” There’s Allee Willis, the Detroit-born songwriter who’d park herself on the Hitsville grounds to soak up the sounds coming from inside. And there’s Jesse Jackson, recounting his 1989 trip to the Soviet Union, where “all night long” he heard the music of the Supremes, Temptations and Stevie Wonder, realizing that “Motown was on the front and center of globalization.”
#MotownReflections 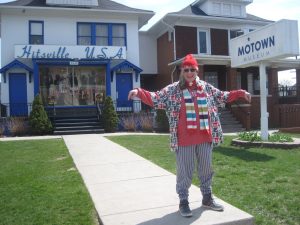