Spending the afternoon at Les Gold’s pawnshop in Detroit

There are few hangs I enjoy more than spending the afternoon at the pawnshop in #Detroit owned by my great pal, Les Gold. Not just because I was obsessed with Hardcore Pawn, the reality show that featured him, his family, and the shop for years. And not just because the building that American Jewelry and Loan is located in was the bowling alley on 8 Mile that I hung out at growing up. And not even just because Les and his wife Lili make the best brunch and holiday spreads in the world, regularly indulging my smorgasbord jones. I could think of at least ten more “not just becauses” but I will sum it up that I just love Les and even enjoy his constant lectures about how much money I should be making, which I suppose would be true were I a pawnbroker and not a songwriter who spent way too much of her career writing on spec. 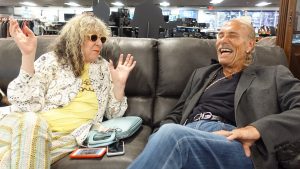 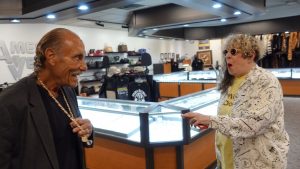