I’m back from Detroit where I got to ride on the Wizard of Oz float in the televised Detroit Thanksgiving Day Parade! TOTAL BLAST other than I had to get up at 5 AM when I’m usually just climbing into bed, and it was snowing and FREEZING and I’m the type who squirms when it dips below 70. So although I had on a perfectly Wizard-themed yellow brick road suit, most of the time down the 3 1/2 mile parade route I looked like this: 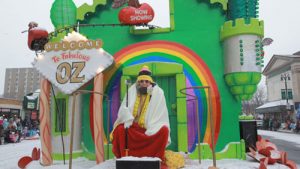 Only when we reached the “televised zone” did my frozen appendages manage to stand up: 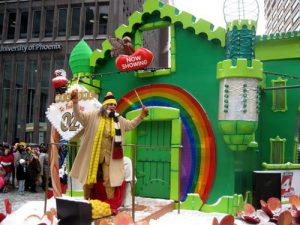 By the time I even reached the float my limbs were already blocks of ice after conducting 150 Michigan Pom-Pom Girls doing “The D” at the start of the parade. Though I’m missing in this photo it’s a very nice shot of Ruben Studdard’s head as he ignores our performance: 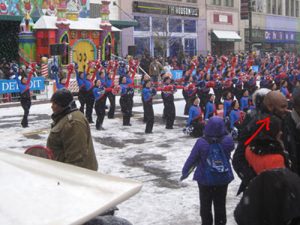 Speaking of ignoring performances, here I am as Rodriquez warmed up inside with my crew: 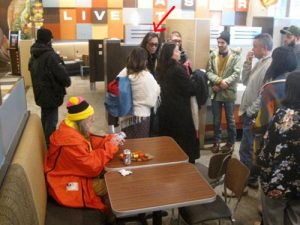 Post Pom Pom conducting I was whisked away in a golf cart, whipping through marching Christmas fairies and Santa Clauses at 30 mph with no windshield for a 3 mile arctic ride down Woodward Ave. to catch up with the float I was to ride atop. As I mentioned in my last update, I’ve never even seen the Wizard of Oz. The munchkiny repetitiveness of that “Ding Dong the Witch Is Dead” refrain always drove me nuts. But as soon as my foot, now resembling a frozen steak, set down on the float “Ding Dong” started blasting and I realized I would have to listen to it 600 times by the time we reached the end of the parade route. Had the witch not already died in the song I would’ve killed her myself. Despite this, it was the thrill of a lifetime and thank you so much WDIV, the NBC affiliate in Detroit, for placing me on the yellow brick road. (And for having the foresight to do a half hour special on the making of “The D”!).

Along with my stupendous crew we also recorded and filmed more sing-alongs of “The D” while in the Motor City. These included singing animals,… 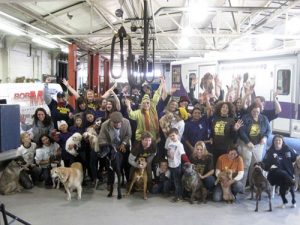 …a plethora of bass and guitar players playing the same part at the exact same time, blasting out a thunderous, fat, obese bottom under a funktified chicken scratch rhythm wonderland,… 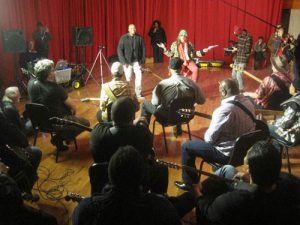 …roller skating champs in the form of Detroit Derby Girls,… 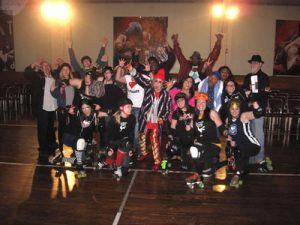 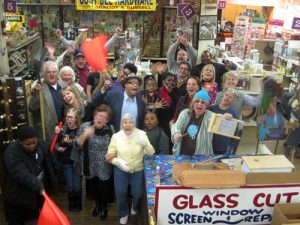 … and another Hardcore Pawn point thrown in for good measure. 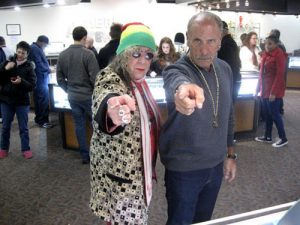 Thank you to Busy Bee Hardware, American Jewelry & Loan, United Sound, Detroit Bass Players, Metro Detroit Area Guitar Players, Maxie Ford, All About Animals Rescue, Detroit Derby Girls and the Masonic Temple for your dulcet tones and incredible support of the D and “The D”. To see photos from all the locations and Detroit superstars we shot go here.

Oh, and stumbling on this as I roamed the streets of Detroit wasn’t bad either: 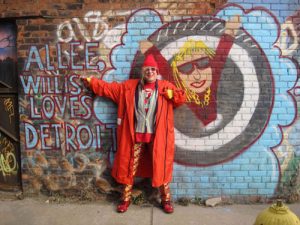 Now the editing begins! Donations please if you’d like to hop in the car and help me drive toward the finish line.