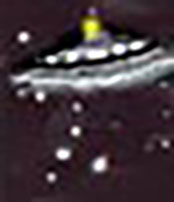 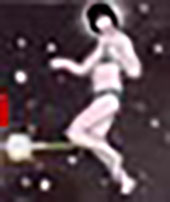 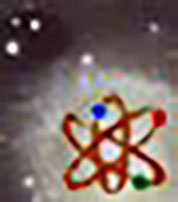 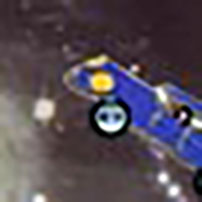 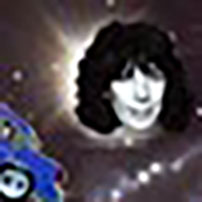 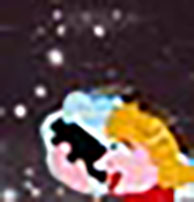 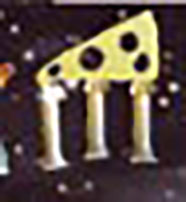 Photos from the trunk

Lily on The View

Ernestine and Bubbles the artist

Lily throws the switch
on the Booth Theatre

BarBeQued chicken is now being served

Roger and Scott attempt to help the queen of comedy with a computer problem.

Lily Tomlin? Who's that again? Oh right, the famous comedienne of the silver screen, boob tube, and stage -- the one who does the telephone operator impression -- Ernestine. A House Call you say? Sure, I'm right on it.

Who would pass up an opportunity to meet one the living legends of Hollywood? Not me -- and definitely not Scott. So after a couple weeks of passing off phone calls to Lily's contacts and the corporate travel agency, Scott and I were off to Southern California -- the land of palm trees, excessive sun, smog, and parking lots that look remarkably like freeways.

So what is Lily like? I wouldn't really know as Scott, celebrity hog that he his, occupied much of her time. However, in the limited exchange I had with her, I found that she carried the same persona in person as she does on screen and stage -- a delightful personality with a quick wit and a slightly evil sense of humor.

To make up for the lack of Lily time, I talked to Allee Willis, the producer of Lily's website. Allee, it turns out, is a rather famous figure. Her most recent claim to fame is writing the theme song to "Friends." She has written multiple songs for Earth, Wind and Fire and produced countless groups, including The Pet Shop Boys.

What does this have to do with technology? A lot. Allee has her home wired up for digital audio production, flash animation, and, of course, Web creation.

Her home is equipped with Apple G4 workstations and a single G4 as a server. Each G4 is equipped with multiple Gig hard drives, a boatload of RAM, and large 19- and 21-inch monitors. The server is a G4 connected to large, backup storage units, including multi Gig tape drives, DVD-RAM, and CD-RW.

Connecting all the machines is a network consisting of a hub in each lab connected to a Linksys router. The router is connected to two xDSL connections. The second connection is a backup in case the primary one fails, and from what I'm told, it does so occasionally.

There is, of course, an Apple AirPort for those who wish to work by or in the pool with a properly equipped laptop.

The home itself is unique in that it used to be an MGM party house. (That's the place where MGM and its stars partied hard and through the night.) It's also unique in that it was designed backward. The house's architect felt that people spent way too much time focusing on the front of the home, when the majority of their time was spent out back. So he designed the front of the house in a somewhat nondescript fashion, and the rear of it in a lavish Art Deco style. The rear has a pool flanked by grass and pseudo-beach style gardens filled with all sorts of items and liberally adorned with bowling balls.

Because of the house's unique history and its classification as a historical landmark, network wiring for the house had to be done with special care. Also, because of the nature of the work done in the house, each room is on its own separate circuit ensuring a relatively fire safe work environment.

So what did I end up fixing? Nothing... Lily forgot her laptop.