Every Monday night in Detroit one hundred primarily African American artists, a group known as the Detroit Fine Arts Breakfast Club, cram into a soul food restaurant close to where I grew up. Each has two minutes to present their latest work of art while onlooking artists jam voluminous towers of biscuits and gravy and the like into their mouths.  I have such a ball every time I attend, which is every time I’m back in the D, that on July 14, 2018 I invited 20 of the esteemed DFABClubbers, as they’re called, to Willis Wonderland to show their work to my friends here in Hollywood.

It was 106°, which in the San Fernando Valley feels like 120°. Everyone was dripping but I bought umbrella hats, fans, and spray bottles with fans for everyone so we all melted as comfortably as possible together while stuffing our gullets with candy and soul food canapés while feasting on the best Soul memorabilia west of Detroit here at Willis Wonderland.

The best news is ALL the art except for a couple of pieces sold to the illustrious singers, songwriters, musicians, actors, actresses, writers, directors and producers who assembled here to support great art in the D! 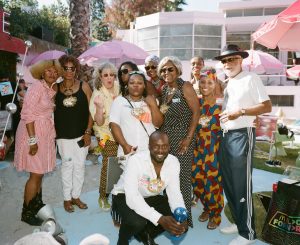 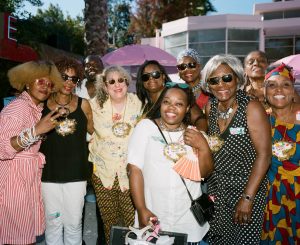 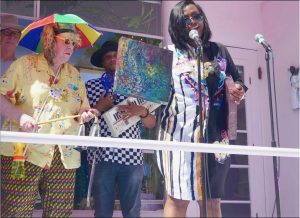 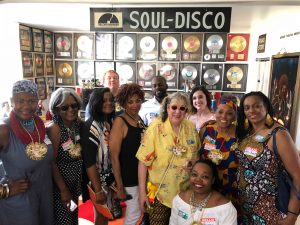 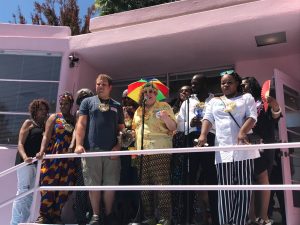 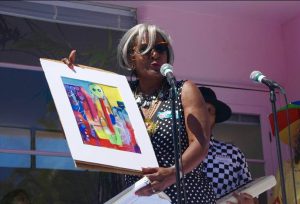 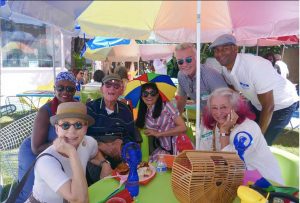 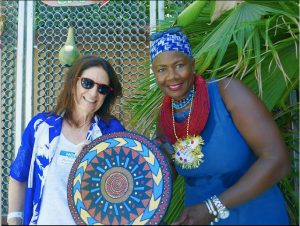 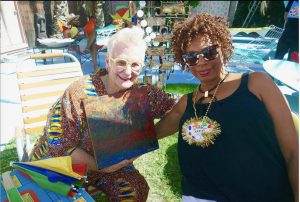 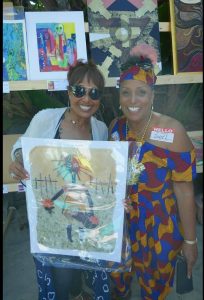 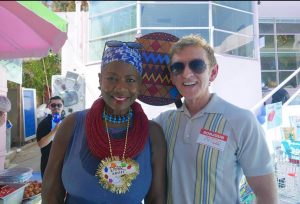