Unless you’re deaf, dumb and blind, jaded, or have no artistic vision whatsoever, the royal crown jewel of Detroit is The Heidelberg Project. Started by the brilliant Tyree Guyton in 1985 when he painted polkadots on his house, one of the only ones for blocks that remained occupied since the 1967 riots started blowing out the neighborhood, Guyton continued to paint polkadots on the street itself, hang stuffed animals from the trees, and eventually customized all of the remaining houses on the block before moving on to next block and doing the same. He ultimately created the third largest tourist attraction in Detroit, a foundation that supports other local artists, and one of the greatest and most inspirational living art projects in the world.

I’m ecstatic that I will soon be collaborating with Tyree on a multimedia art piece right on the grounds of The Heidelberg Project. Also, along with the Mosaic Youth Theatre, The Heidelberg Project is the recipient of all profits from “The D”, the month long sing-along extravaganza I’ll be doing in Detroit this September in order to create a theme song, multiple videos and a documentary about my journey and the resurgence of Detroit, the once and future City of the Future. 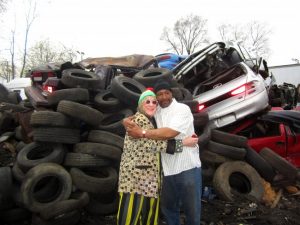 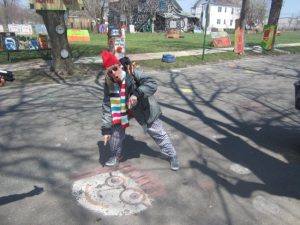 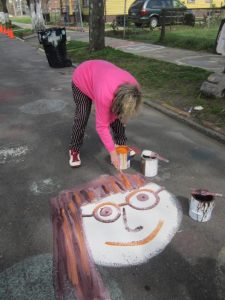