For the past few few years now on the “BaDeYa say do you remember 21st night of September”, my blessed and magic day, I have made a tradition of performing live. Other than last year when I was in Detroit conducting one of the 50 sing-alongs for “The D” in a laundromat with people spinning around in dryers singing the official unofficial theme song I cowrote for Detroit.

As luck would have it THIS year was a particularly special September 21st as just a couple days earlier NPR did a story on why “September”, my very first hit cowritten with Maurice White and Al McKay, remains such a timeless song, symbolizing warmth, love, and soul. This year, September 21 was even more special because I decided to perform in Detroit for the very first time ever. So my cowriter and partner on the music portion of the project Andrae Alexander and I put together a 15 piece band made up of the very best musicians and singers we found during the 50 sing-alongs last year to perform live with us in BaDeYa, Detroit!. We also wanted to give everyone a preview of the song which finally has a preliminary mix after over a solid year of trying to deal with 5000 vocal and instrument tracks, each one with up to hundreds of voices on them. There’s just so much room in the sound spectrum and every inch of it we have taken up truly sounds like something you have never heard before.

For an artist such as myself who dotes on every detail of a stage production from designing the invitations, handmaking the set, picking theme food, designing the merchandise, casting people who help us like I’m casting characters in a musical, shipping 20 crates of everything to Detroit, directing, coproducing, and doing just about everything else involved in a production – albeit all with fantastic collaborators – this was no easy feat. And performing out of town for essentially the first time in my adult life makes that even harder. But don’t even ask me how worth it it was!!! Easily one of the best days/nights of my life!

We performed at United Sound, a still-in-existence historic recording studio in Detroit where everyone from Charlie Parker to The Rolling Stones and some of my all-time favorite records like Isaac Hayes’ “Shaft”, The Dramatics’ “Whatcha See Is Whatcha Get”, and Marvin Gaye’s “What’s Goin’ On” were recorded. But to turn a brilliant recording studio into a brilliant performance space is another issue entirely, especially when it involves things like sets, choreographed videographers who leap over drums on crash cymbal cues and organ sweeps, and all the other madness that goes into an Allee Willis production.

As 99% of this now 2 1/2 year Detroit gargantuan mofo project “The D”, the song and record, and Allee Willis Willis Loves Detroit, the feature-length film about human spirit as seen through the people of Detroit and how my life parallels that struggle, has been funded by me, this meant getting people involved in BaDeYa, Detroit! working for gratis. Which they thankfully, gratefully, and miraculously did. From the band to just about everyone else who worked in any capacity on the show, They are saints. They are insanely talented. They are blissfully soulful, and primary examples of why I feel so compelled to make a film about the people of Detroit and how it is THEY who will rebuild the city because of their resilient spirit.

I want to give a special shout out to Malcolm Harris and Donnevan Tolbert, two young gentleman I saw play Mister and Harpo when their high school, Cass Tech, became the first in the country to license the musical I co-wrote, The Color Purple, a couple years ago, and who did a brilliant spoken word intro to my show. And I want to thank the five brilliant dancers from The Mosaic Youth Theater of Detroit who donned mechanics uniforms and spun car tires over their heads during the sneak peak world premiere of the first mix of “The D” and boogied their butts off during “Boogie Wonderland”. I want to also thank the stupendous audience not only for showing up as songwriters remain the buried treasure of the music industry but also for participating so wildly so that the show came off just as I had prayed it would. Like a party in my living room. And if you don’t know my reputation for throwing parties better go here now.

As a result of having so much fun, hitting a new plateau in my budding performing career, I love Detroit even more than I have kvelled about it before, as if that was even possible. And I will eternally love the 21st of September for doing everything from giving me a second birthday because I hear from thousands of people that day telling me how happy the song makes them feel. This year it made me the happiest of all.

I hope you can see the spirit that was jumping off of the stage and ricocheting back to us in these photos. That room was an automatic power generator and from what I’ve heard everyone, certainly including me, is still buzzing. 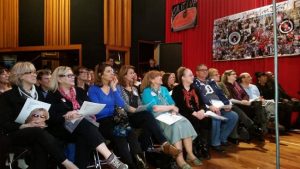 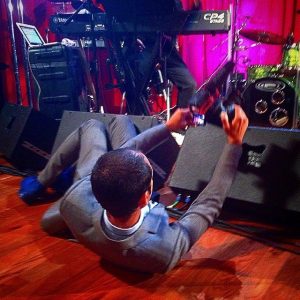 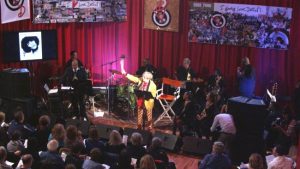 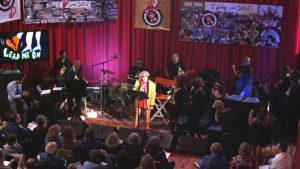 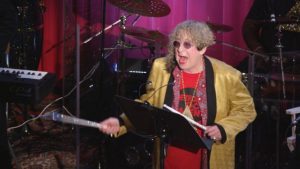 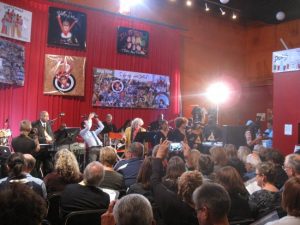 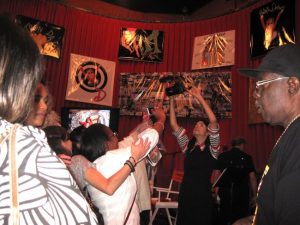 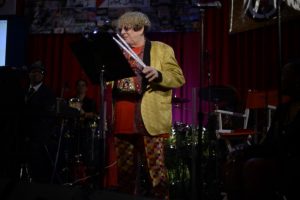 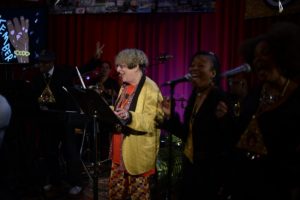