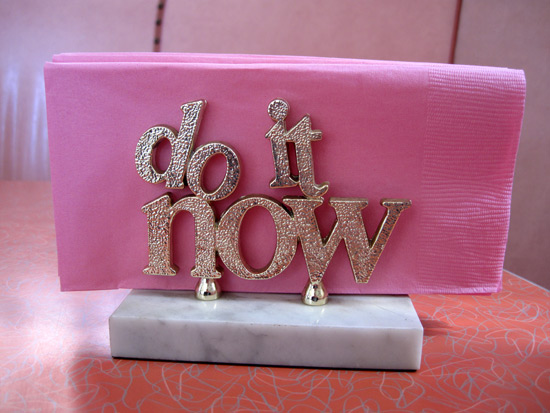 In a couple of hours I’m speaking on a panel called “In The Biz In LA – For artists who act, direct, produce, edit, write, or administrate” led by my pal Barbara Deutsch, who I’ve been friends with since we were both secretaries at Columbia and Epic Records in 1969. Here’s what I was told to prepare: “If you were to only give the audience 3 pieces of advice that you have learned personally for the industry or life, what would it be? Feel free to be profound or silly.” There are many big deal  tv and film directors and producers, casting directors, managers and agents on the panel. Everyone’s got big fat credits. When I’m on panels like this I find a lot of people giving very practical information.  Despite the fact that I too have those big fat credits much of my career has been on the outskirts of the entertainment behemoths, self funded to insure maximum creative freedom so I could do what was in my head, usually a combo of “profound and silly”, and not spit out works by committee and become a depressed albeit wealthy artist. I’ve always had a lust to combine “hi” and “lo” aspects of art within the same work and this doesn’t usually fly when creating by committee. 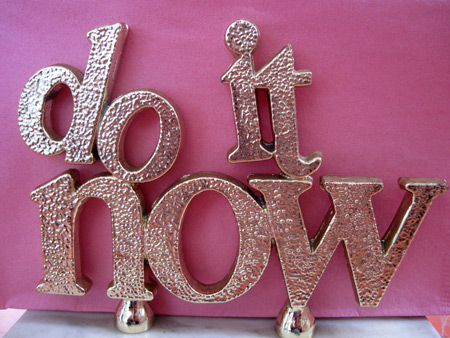 When I first started out it was absolutely taboo to be a multi-media artist if you were a behind the scenes creator. Anything outside of songwriting that I did like art, furniture design, set design, early social network design in 1992, really anything that didn’t involve solely music and lyrics, was viewed as a little hobby by the industries I did them in. It took into the new millennium for industry folks to see that the new and most vital kind of artist was, in fact, a multi-media artist who could combine all traditional art forms into one big ball of expression and execute in both traditional linear mediums as well as in all existing digital ones, hopefully integrating them as opposed to slapping assets from the traditional ones onto the new virtual medium, the Internet, as if it were a giant billboard. 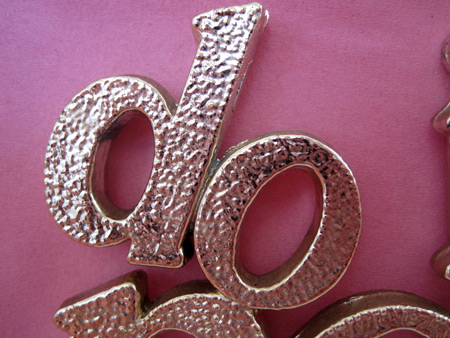 I don’t expect to stand out like a sore thumb on this panel the way I used to on traditional showbiz panels. (BTW, the sore thumb is a great thing to be on panels as audiences are most appreciative for alternatives points of view.)  My thing has always been to screw the rules if the rulemakers aren’t going for what you do and then do what you need to do by any means necessary. But now that it’s  overwhelmingly accepted that we’re living in revolutionary/evolutionary times I expect everyone on the panel to come through with some version of this same message.  Though I certainly don’t expect anyone else on the panel to own a napkin holder as lovely and  inspirational as this one before you now. 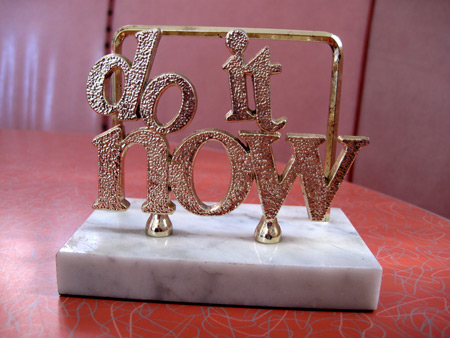 Though It looks like it’s made of cheap plastic, the message is actually stamped in metal and mounted on a heavy marble base. It’s that perfect combination of “hi” and “lo” art that I love.

A few minutes ago I emailed Barbara Deutsch to see if I could bring a guest to the panel. She immediately wrote back and said yes but informed me that the panel was, in fact, yesterday… I obviously didn’t “Do it now” yesterday.  That would have been a very “lo” part of this experience but, as luck would have it, there’s another panel today. I have absolutely no idea if the topic is the same but my ‘Do it now, do it good and by any means necessary’ message sure is.  And by all means, show up when you’re supposed to as opposed to polishing your napkin holder so it looks pretty in photos. You’re bound to get farther in the world. 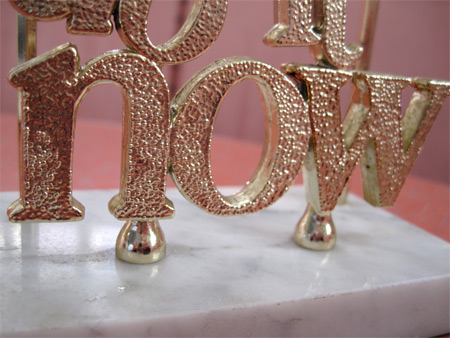