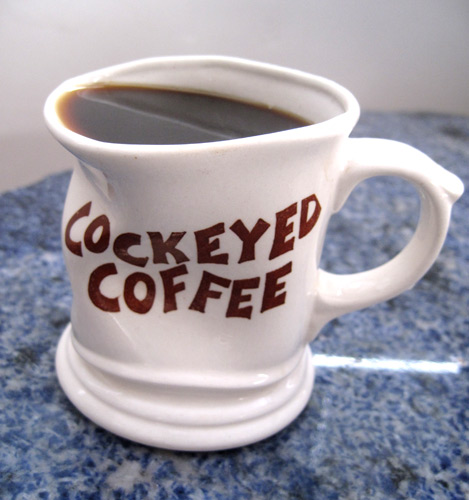 I’m still incredibly bleary-eyed from my month’s buildup to my Sound Of Soul extravaganza Monday night, the recuperation after from which  I still feel numb not to mention running back and forth to The Pantages to see the final ever performances of my musical, The Color Purple, as originally conceived before it closes on Sunday and jumps to another tier of performance when the second national tour begins in a couple weeks. Honestly, I’d rather be lying in bed watching TV, my favorite sport, then running myself ragged like I was 16. But I’ve never been the type to do the former and I seem to eternally be the type to act the latter so at least it makes me smile when my drinkware matches my state of mind. 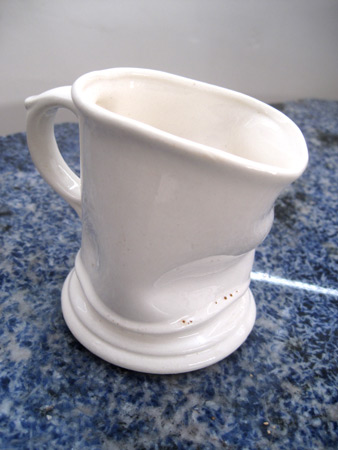 I’ve always admired cups like this, interpreting in clay what the artist feels inside.  I’ve also never been the type to practice  perfection, preferring instead to let things happen as they may, my skill being to figure out a creative way to deal with everything that smacks down into my path. Were I a sculptor of coffee cups I would naturally be drawn to this philosophy of design. If the cup isn’t perfect, crush it. Then it looks intentional. Then people like me come along and go this is just  what I feel like today and if they have the need, as I do, to make each action in their life organic and connected they have no alternative other than to pop down the coin for the cup.

This beauty has no other manufacturing marks than simply “Japan”. Of course, it was the 1960’s.

May you also see the day out of cockeyed eyes so you notice something new and wonderful to be grateful for. 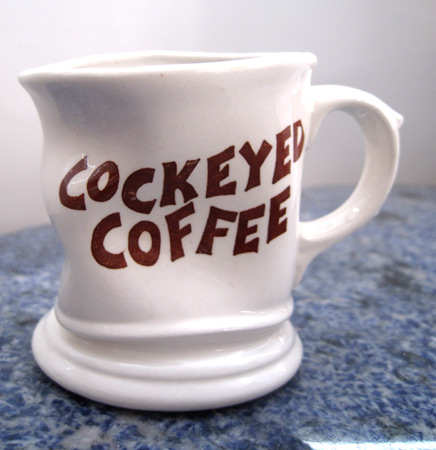